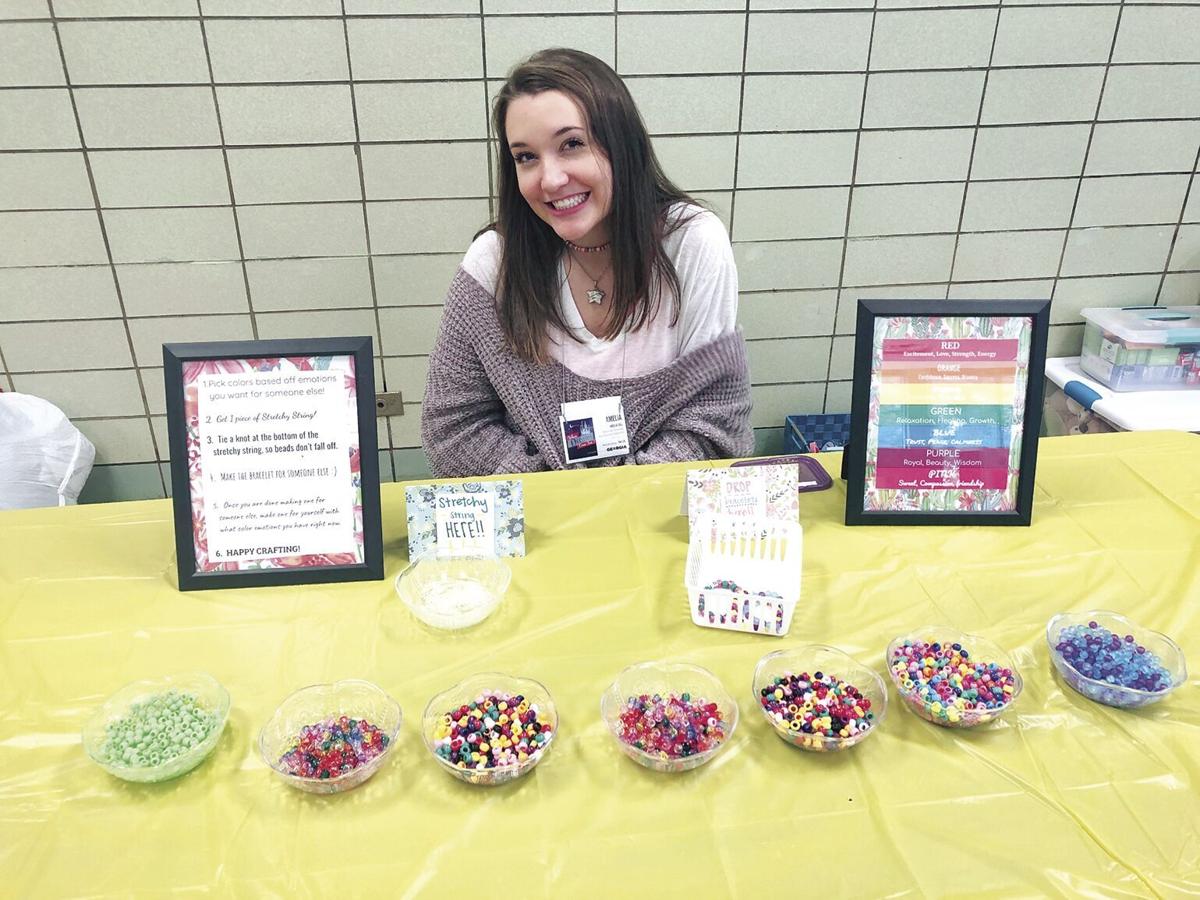 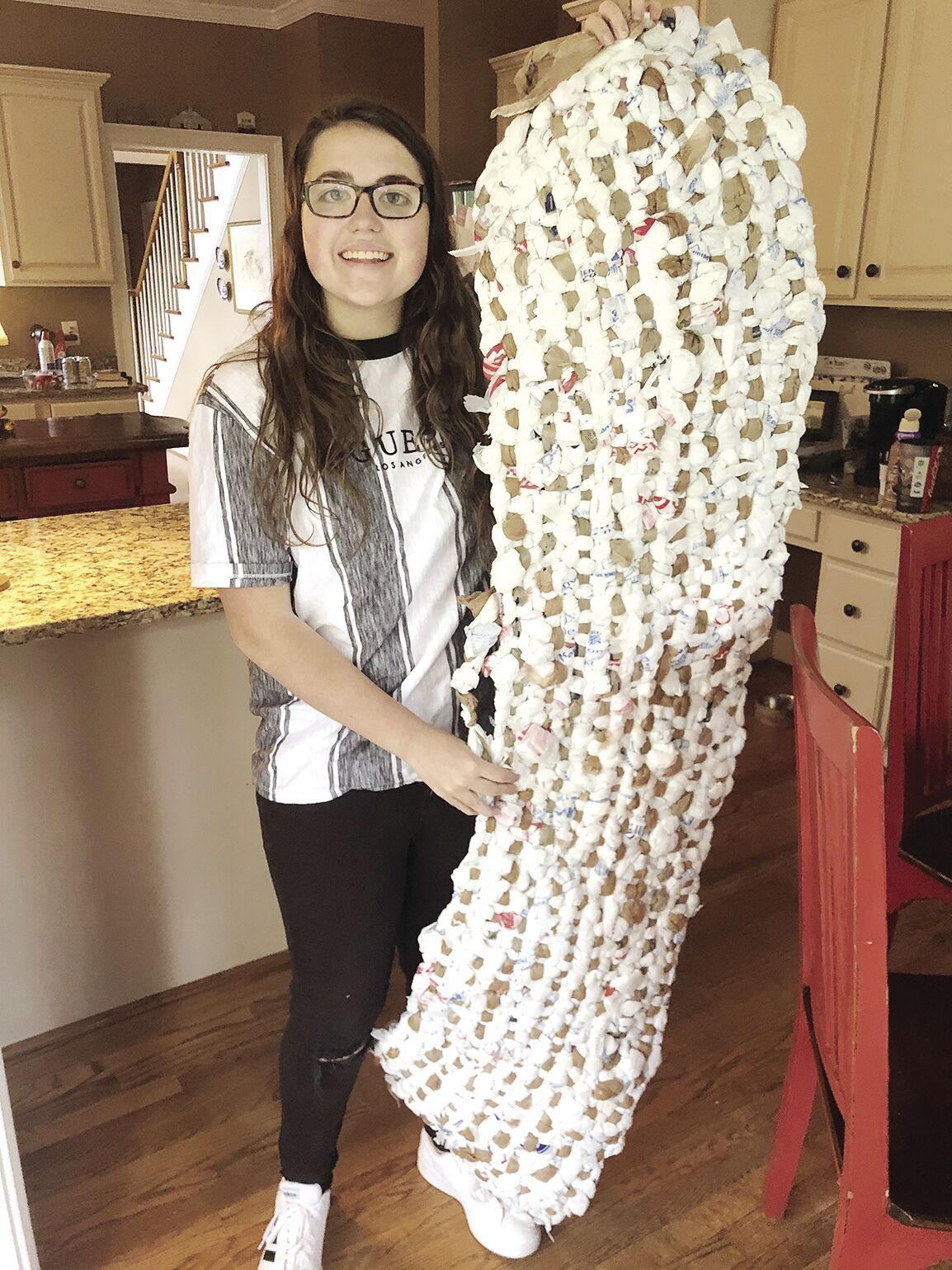 Both teens were recognized during Georgia 4-H’s July 22 virtual announcements.

Sale had long wanted to reach out to special education children before her project, which involved helping ESP children go to 4-H’s summer camp. When she moved to Oconee County, she started volunteering with ESP and in adaptive PE classes during her middle and high school years.

She said she believed children with special needs could benefit from 4-H’s positive atmosphere in part, because the ag education group helped her grow her own friend groups and community.

“The special needs community needs people there and friends for them,” she said. “I thought getting them involved in 4-H would be beneficial for them. I thought that everybody should be able to have a community there to support them.”

Sale combined her passion for special education children with her love for jewelry making for the main portion of her project.

“I created an online jewelry business called ‘Beads for Camp’ to raise money for camp scholarships for the special needs community,” she said during her portion of the Georgia 4-H live stream. She delivered the bracelets with information about 4-H to special needs classrooms around the state.

Sale later added that she raised close to $1,000 for children to attend the 4-H summer camp and donated bracelets to 17 state classrooms.

She thanked others for their support because they helped her expand the project “beyond what I could have imagined.” Sale shared she is grateful that her project has helped starts conversations in the county about making camps accessible to kids of any ability.

“I was just happy to see what other people think I was doing was important,” Sale said. With the help of the University of Georgia’s Extension office, Sale would also like to start hosting 4-H meetings in local special education classrooms in the future.

This fall, she will attend UGA and study biological sciences.

Even though she does not live near the ocean, Neely McCommons planned to help sea turtles by curbing ocean trash for her project. Part of her motivation came as a response to the fact that over one million sea turtles are killed annually by plastic debris in the ocean.

“I’ve always really been passionate about wildlife,” McCommons said. “Growing up, my favorite animal was a sea turtle, and my favorite memory was always going to the sea turtle museum on Jekyll Island.”

She decided she would promote use of reusable bags in the community over use of plastic ones. She taught children how to make reusable T-shirt bags at several of the elementary schools and groups at the farmer’s market and 4-H, which they could then take home and use.

“I had a lot of bags that people had given to me if they’d made two or three,” McCommons said. “I saw that The Sparrow’s Nest (an Athens-area nonprofit) was accepting toiletry donations...so I thought I’d be able to fill those reusable bags.”

After filling the bags with toiletries, she worked with that nonprofit and her church, Athens Church of Christ, to distribute them. McCommons had gathered 600 plastic bags that she had originally intended for children to use as a string substitute for bracelets, and she was going to recycle them.

It took her about two weeks working several hours a day to complete the mat.

McCommons was glad to have been able to expand her project to help sea turtles and local people experiencing homelessness.

“It was just a natural growth, and I was really proud to spend my senior year working on this,” she said. “Without the pandemic, I don’t think I would have had the time or resources to do that part of the project.”

McCommons will also attend UGA starting this fall, where she will major in Latin American and Caribbean studies with the future goal of doing nonprofit work in Latin America.

“Though [these] problems may seem big, small steps count, and I’m proud of the steps I’ve taken,” she said. “The most important thing I learned was to find what you love and use it to benefit others. Anyone can take a passion and grow it for so much good.”

Quiet Oaks Health Care has a maintenance position available for