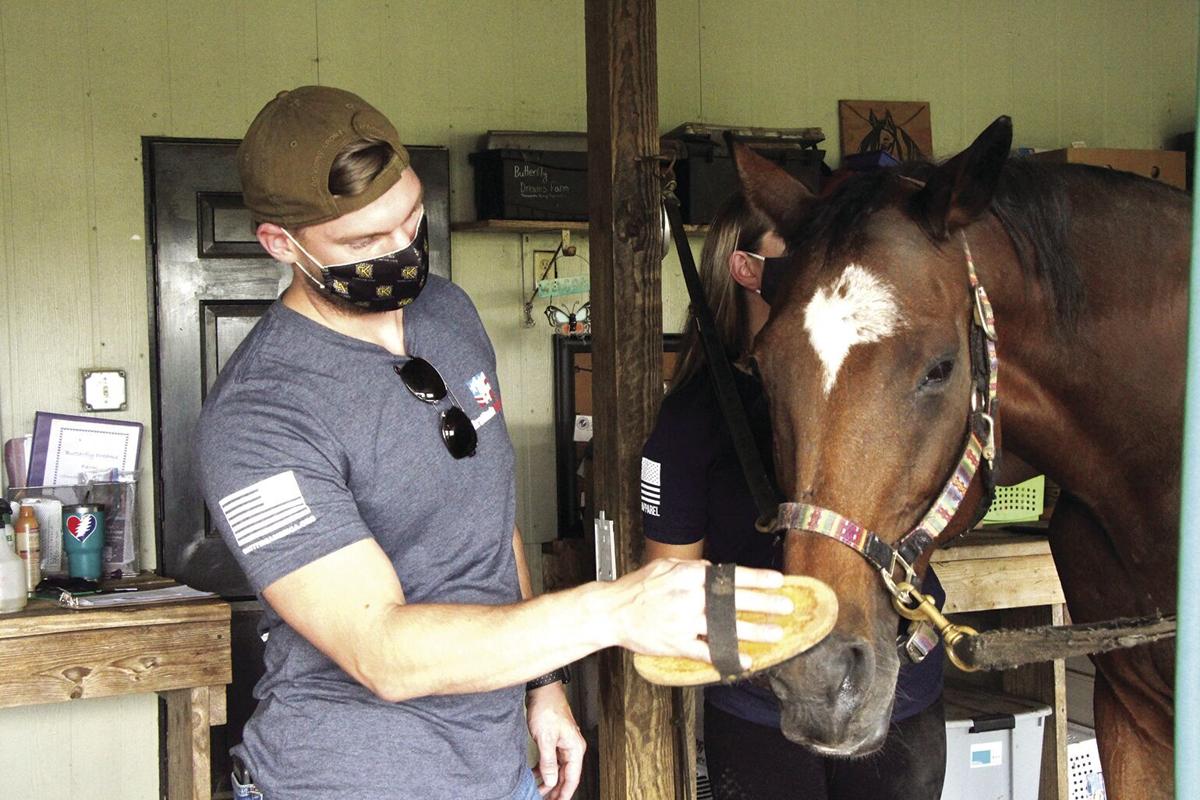 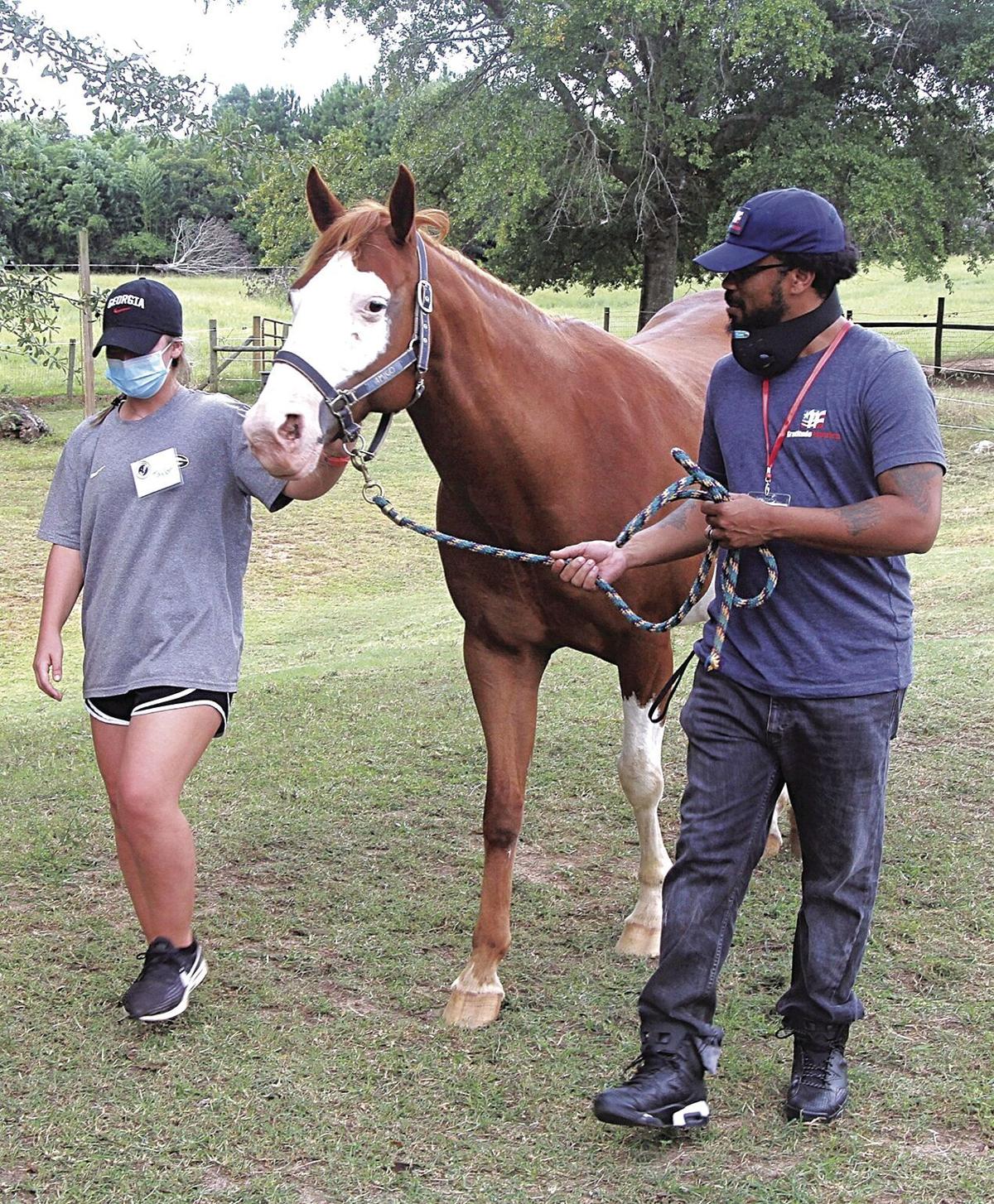 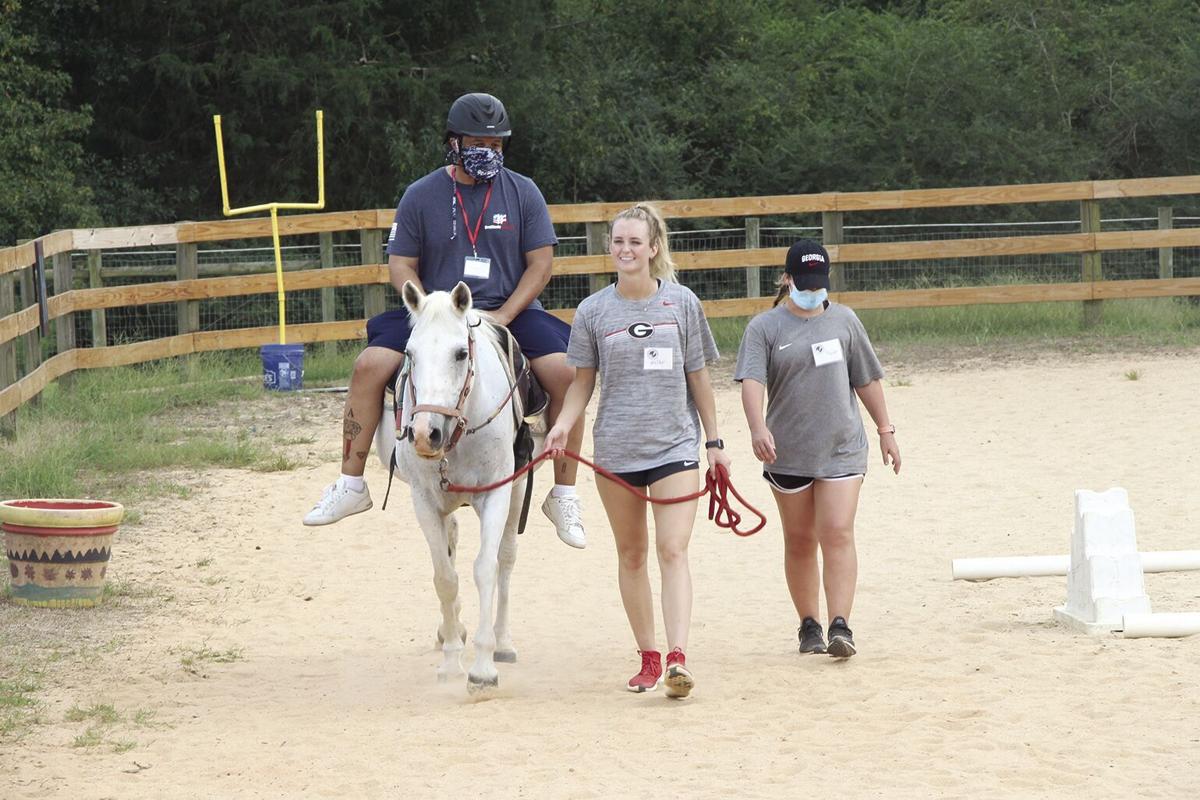 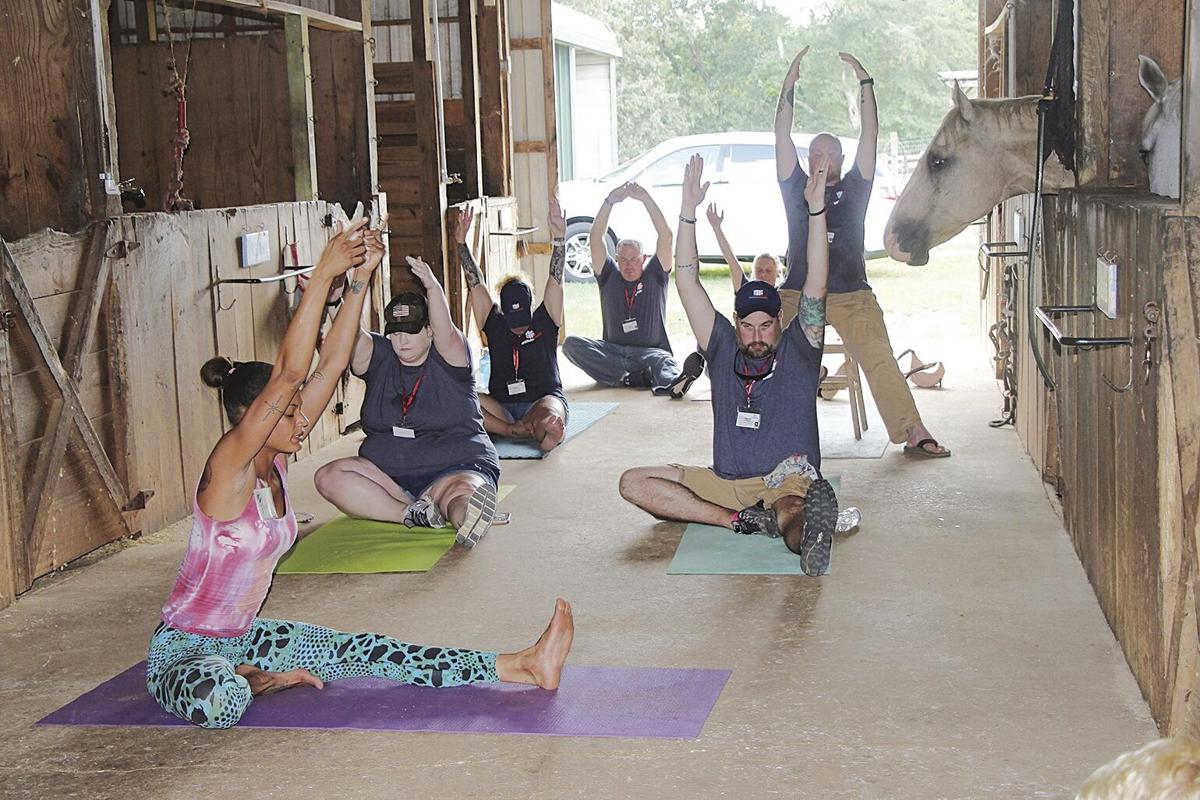 Veterans and their family members participate in a 20-minute yoga session with horses. Photo by Julia Fechter

Veterans and their family members participate in a 20-minute yoga session with horses. Photo by Julia Fechter

Nineteen years after terrorists crashed planes into the World Trade Center, U.S. Army veteran Michael Carter recalls how 9/11 was the impetus behind signing up to serve his country.

Carter and about 20 other veterans from Georgia and surrounding states learned last month how equine therapy can benefit service members while touring Watkinsville’s Butterfly Dreams Farm.

This event was hosted by Gratitude America, a nonprofit that hosts retreats for veterans who have experienced combat-related stress or traumatic brain injuries.

“It means a lot for Butterfly Dreams to be able to share our wonderful horses with the veterans and their support people,” said board president Joey Bristol. “They are always a fun group and let us know that they really enjoy their time at the farm. Seeing them bond with the horses is very special to us. It also gives us an opportunity to hear their stories and let them know how much they are appreciated.”

Attendees participated in four different horse-related stations at the Watkinsville farm, which were staffed by farm workers and members of the University of Georgia’s equestrian farm.

At one station, veterans and their family members learned how to safely approach and groom a horse. Behind that station in the middle of the barn, they were taught several restorative yoga stretches while in the company of two trusty steeds.

Veterans especially loved riding the horses through an obstacle course featuring installations like a wooden bridge.

Veterans shared their experiences on transitioning out of the military.

Zach Lemley, an Army staff sergeant stationed at Fort Benning, said Gratitude America has been helpful to him, as he is in the process of medically retiring from a job as a helicopter air assault training instructor.

“It’s helpful to connect with other veterans and hear their stories,” he said.

Christopher Duke, Gratitude America’s military support retreat program director, joined the Army on Sept. 12, 2001 and served for 11 years. During that time, he served as a wheeled vehicle mechanic and infantry team leader and was deployed twice, once to Iraq and once to Afghanistan. During a tour, he earned the Combat Infantrymen’s Badge and the Purple Heart following injuries he sustained from a suicide bomber attack.

“[Gratitude America] saw me when nobody else would and to see me in my darkest hour,” he said. “I almost literally owe my life to this organization… I could rely on any one of them for anything.”