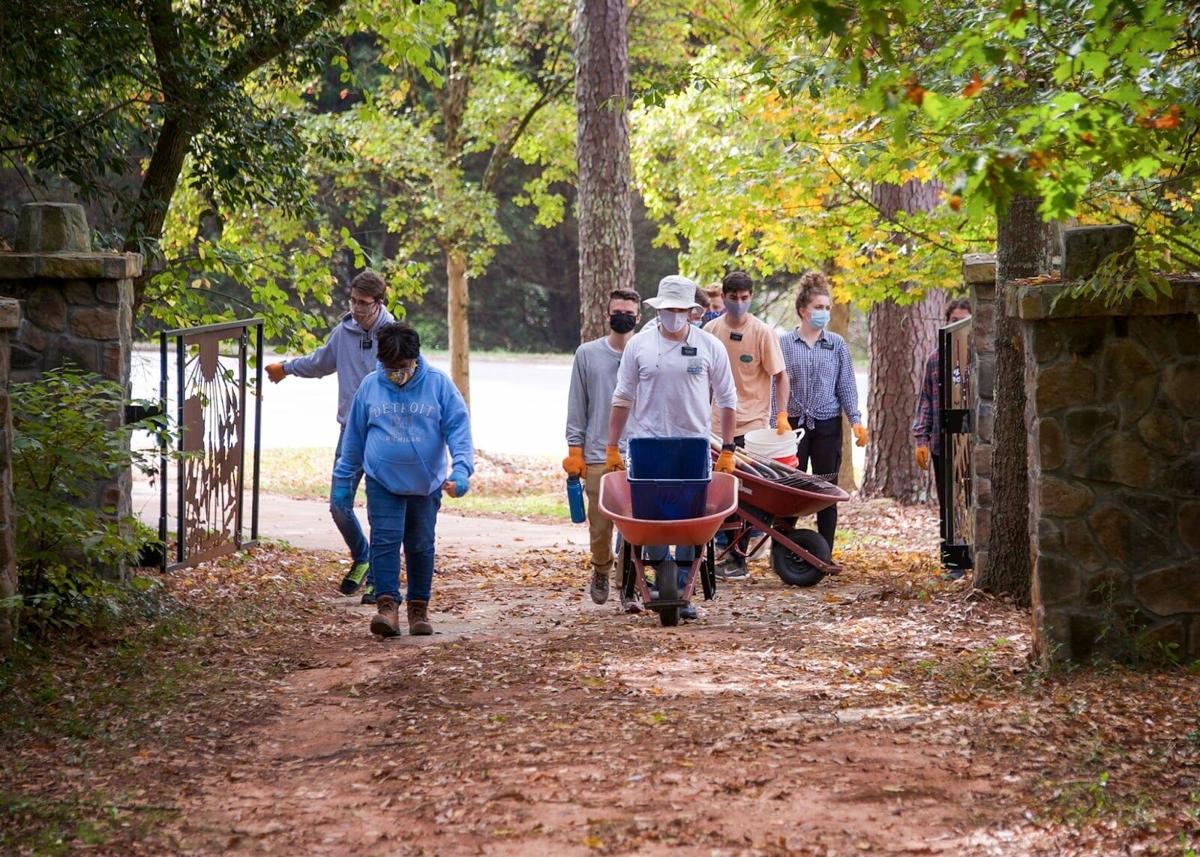 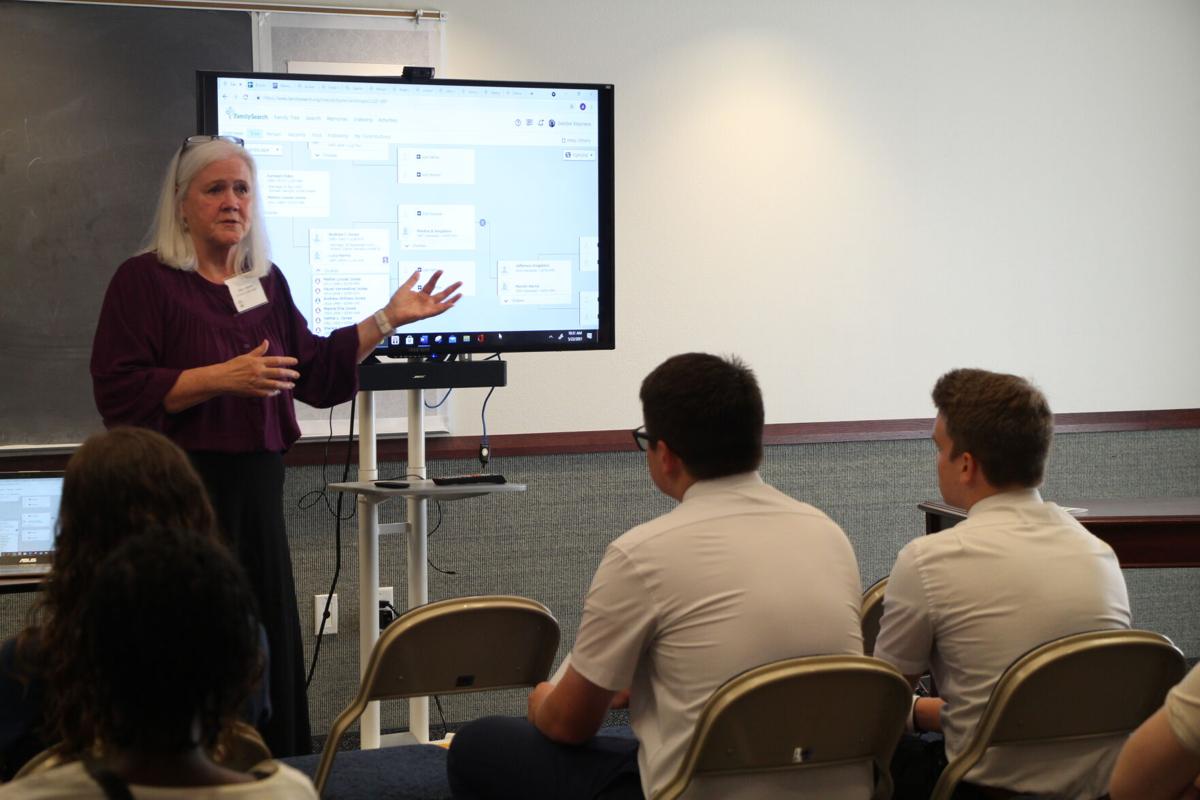 There are both joyful and sorrowful stories behind the hundreds of headstones and signs for the Black people buried in west Athens’ historic Brooklyn Cemetery, formerly called Bethlehem Cemetery.

Now, their Black descendants can both learn about their relatives’ stories and clearly see their final resting places thanks to volunteers from The Church of Jesus Christ of Latter-Day Saints, located at 1080 Julian Drive in Oconee County.

Over the past five months, the church has worked with Brooklyn Cemetery descendants on the “My Family Tree and Me” project and deforesting the burial grounds.

Last Saturday, those descendants and dozens of other attendees gathered for a morning full of genealogical research workshops during “Family Tree Discovery Day.” Workshop sessions covered different genealogical resources, how to make family history fun and the nuances of researching Black history.

The church places a strong emphasis on family history for spiritual reasons, and there is genealogical research library available to anyone in the Athens-Oconee community.

One of the workshop speakers was Oconee native and Clarke County School Board member Linda Davis, who now coordinates the restoration of Brooklyn Cemetery.

Davis was born in Oconee County and lived behind where Hot Thomas BBQ now stands. Several years later, she and her family moved to Hawthorne Avenue. They were only separated from Brooklyn Cemetery by the Alps Road strip of land.

This 11-acre cemetery, founded in 1882, sits off West Lake Drive in Athens. The site was one of Athens’ first Black cemeteries and served as the final resting place for many Brooklyn and Hawthorne-area residents, according to the Friends of Brooklyn Cemetery website.

In 2006, Davis and a friend, Karl Scott, founded the nonprofit to facilitate restoration and commemoration of the cemetery grounds. Since then, a variety of volunteers, including those from the Latter-Day Saints, have helped relatives remove truckloads of metal and biological debris from the site.

In 2006, Davis and a friend, Karl Scott, founded the nonprofit to facilitate restoration and commemoration of the cemetery grounds. Since then, a variety of volunteers, including those from the Latter-Day Saints, have helped relatives remove truckloads of metal and biological debris from the site.

This January, the church started putting in a massive amount of community service hours.

“God has no hands but our hands,” said Davis.

Recently, the University of Georgia’s College of Agricultural and Environmental Sciences helped the cemetery group develop a site master plan, so they can know its footprint as defined on Athens-Clarke County tax records.

Fencing and a small thru-road are two goals for the cemetery. With the help of Historic Athens, the group is gathering funds to have the remains of multiple people who were once buried in Brooklyn Cemetery reinterred after they were unearthed during UGA’s Baldwin Hall expansion and moved to Oconee Hill Cemetery. Potential descendants were not consulted before those remains were moved.

If DNA sampling confirms those people are related to others at Brooklyn, Davis and others want those people’s remains moved back to their initial resting place.

“I think the right thing is to create a place where we can receive them,” she said. “I think the reality is they need to be reunited with their descendants and not have a final resting place with the people that owned them.”

Several months ago, Davis initially wanted Latter-Day Saints member Debbie Stephens to help with a history project for her church, Mount Pleasant Baptist Church. At the same time, Stephens, who had previously been doing family history research for about 40 years, started helping Davis construct a family tree using FamilySearch, a genealogical history database. While 70 percent of white people on the U.S. 1900 census are connected to FamilySearch, only four percent of Black people from the same time are.

With the help of some 20 other women in the church, they began indexing the cemetery’s roughly 840 people and connecting progressively more information on the research platform.

Some people had just their names connected, while others had more documents and family members connected to them. Overall, these volunteers were able to add 2,600 names onto FamilySearch.

Davis learned she had a Singleton in the family who may be related to one of Mount Pleasant Baptist church’s founders.

Stephens discovered the sad tales of little Fred Hopkins, a baby who only lived for 30 minutes, or Garfield and Walter Hill, two brothers who died after drowning in the Oconee River. She also found the name Beatrice Hector “Big Leg Bea” Howell Smith on one of the headstones.

“If she didn’t like being called that, they wouldn’t have put that on her cemetery record,” said Stephens, “so in my mind, she was a very loved woman.”

“I would grow to love them and get a connection with them,” she said of those buried in the cemetery.