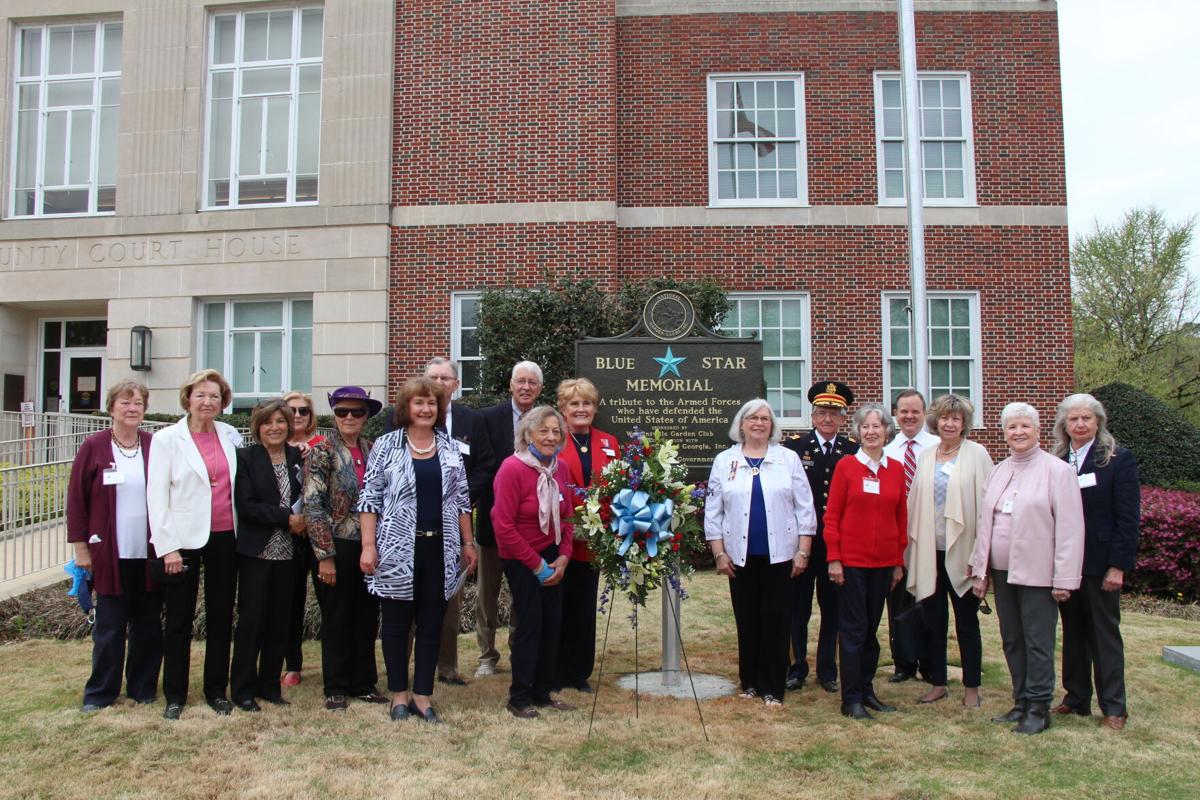 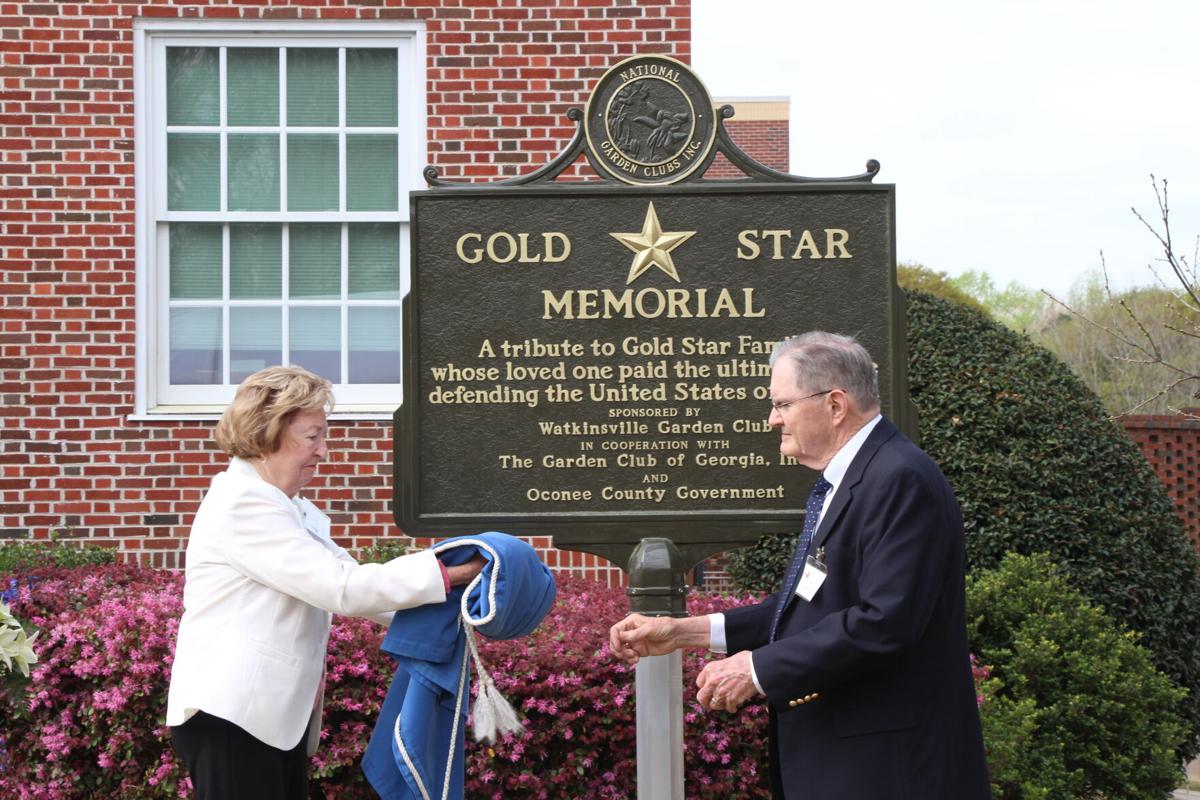 For Andrew and Sheila Marshall, the new Blue and Gold Star memorial markers in front of the Oconee County Courthouse are just another reminder of how much the community cares for the families of fallen veterans.

Their son, U.S. Army Cpl. Evan Marshall, was killed by an explosion while serving in Mosul, Iraq, in January 2008.

“Oconee County has really gone out of its way to remember,” said Sheila.

“Nothing can really heal the pain we feel over the loss of our son,” said Andrew. “But to know that people care and that all of the killed-in-action people have been recognized has been very much appreciated.”

The Watkinsville Garden Club has donated the new markers, which stand on either side of the Courthouse’s existing military memorial. The group worked with the county and The Garden Club of Georgia to get the two markers, which were unveiled at a dedication ceremony on Tuesday.

The Blue Star marker honors those who served in the U.S. Armed Forces or who are currently serving, while the Gold Star one honors individuals who gave their lives in military services and their families.

These markers were funded by proceeds from the Garden Club’s annual plant sale in 2019.

For more on this story, see the April 1 edition of The Oconee Enterprise, on sale now at convenience stores and grocery stores and newspaper boxes throughout Oconee County. To subscribe, call (706) 769-5175 or visit the tab on our website.