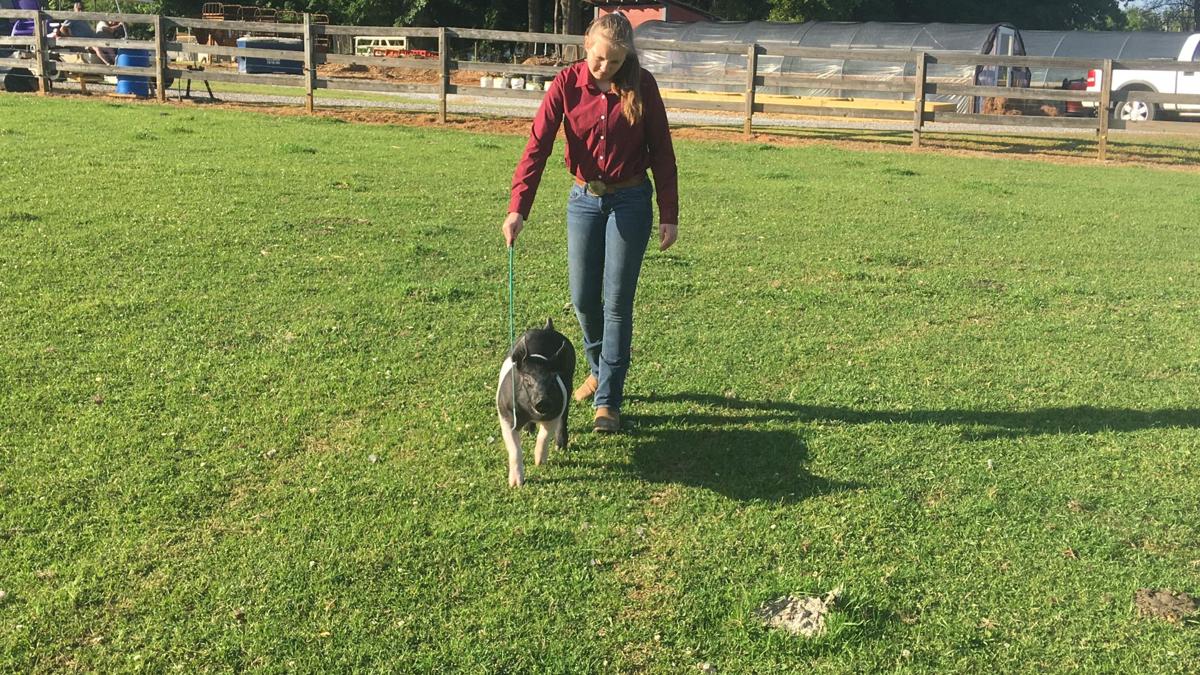 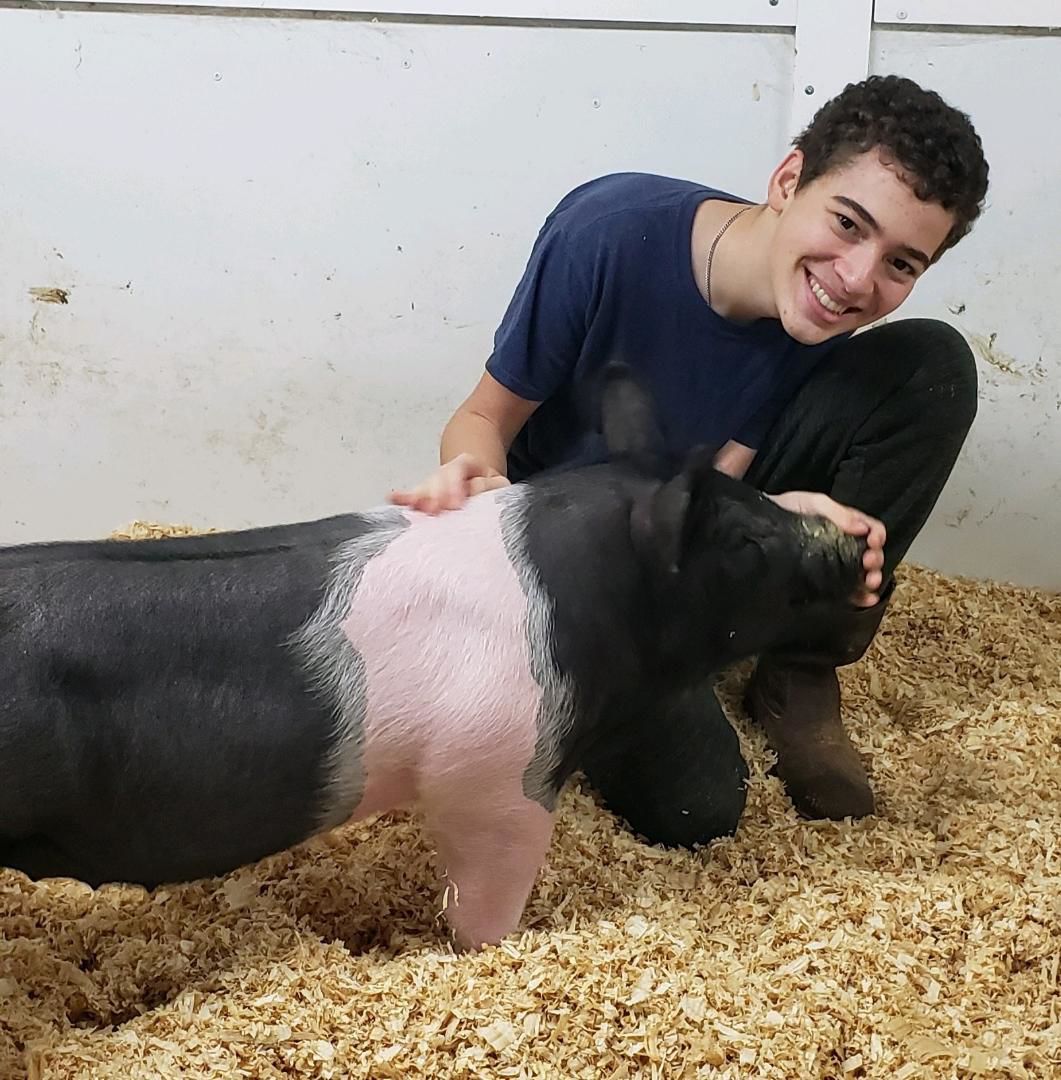 They had the distinction of having some of the youngest, smallest pigs in the competition, which had 800 entries. Torres showed his 2-month-old pig, Oreo, while Kentnor showed 3-month-old Peaches and 2-month-old Sassy.

“I think she did great just starting out,” Torres said about Oreo. “I was able to move her around without her fighting me.”

Kentnor said that the format of the show was unique since she and her mother recorded a minute-and-a-half-long video of the pigs.

Torres agreed, adding that there was more pressure to filming optimum angles with the pigs within the time limit, rather than showing the pigs in prolonged, in-person shows.

Kentnor said she was glad Peaches and Sassy still got a shoutout from one of the judges, and Torres said that despite the difficulties, he appreciated the new experience of the online show.

Both Kentnor and Torres have shown pigs for the past couple of years.

“I first started walking her...either giving her a reward or letting her stop to breathe when she did good,” Torres said. “We practiced continuous walking for 15 minutes a day and then grew from there.”

Kentnor explained that in addition to walking the pigs, she has to take the time to feed Peaches and Sassy at certain times and clean muck out of their stalls.

She said that tending to pigs entails working hard and having people who are willing to help, like her parents and agricultural advisors from FFA and 4-H.

“It just made me feel like I had something I could enjoy,” Kentnor said.

“Most of the pigs have really great personalities,” said Torres. “I also love the people who work with the pigs...almost all of the people that show pigs are good people.”