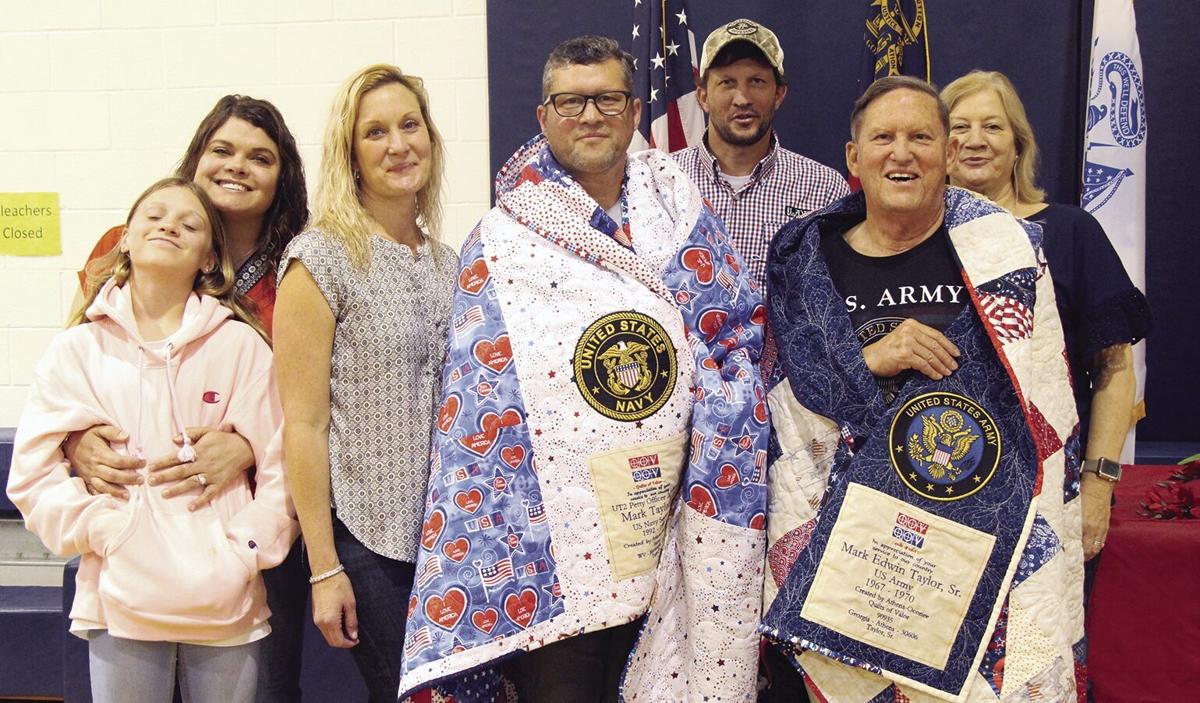 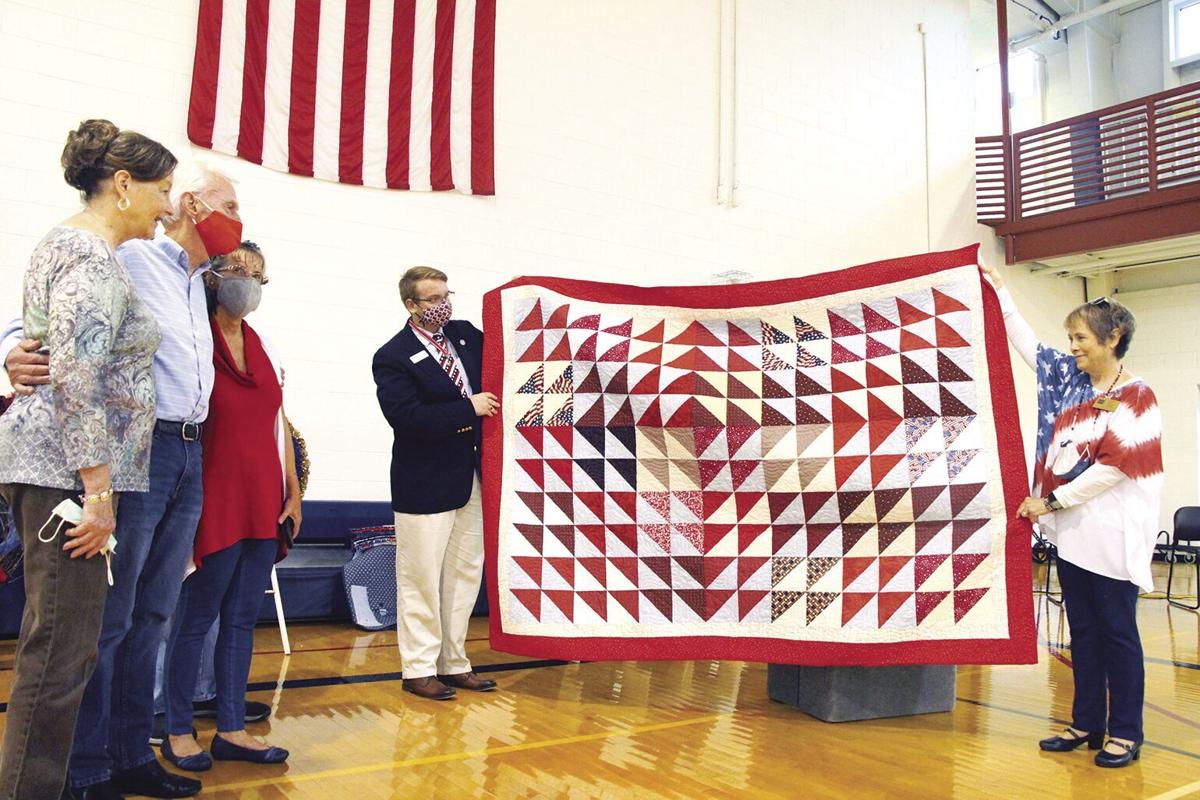 At last Wednesday’s countywide Veterans Day program, the father and son received the same award, a patriotic and heartfelt quilt from the Athens-Oconee chapter of Quilts of Valor.

“I’m more than honored that it’s such a special day for my son and I to be honored together,” Taylor Sr. said. “I most of all thank the Lord Jesus Christ for bringing us through combat situations during our terms of service.”

The Taylors were two of four Oconee natives and residents who received the patriotic quilts during the ceremony, which was hosted by the Oconee Veterans Memorial Foundation and Oconee County Parks and Recreation.

The foundation honored all veterans with aspects ranging from recognizing Oconee’s Gold Star families to having veterans stand during a medley of all five branches’ songs.

Gentry also announced four names that will be added to the wall once four more names are collected for a wall tile. Those names are as follows:

Wall of Honor nomination forms are available by contacting oconeeveteransmemorial@gmail.com.

For more on this story, see the Nov. 19 edition of The Oconee Enterprise, on sale now at convenience stores and grocery stores and newspaper boxes throughout Oconee County. To subscribe, call (706) 769-5175 or visit the tab on our website.