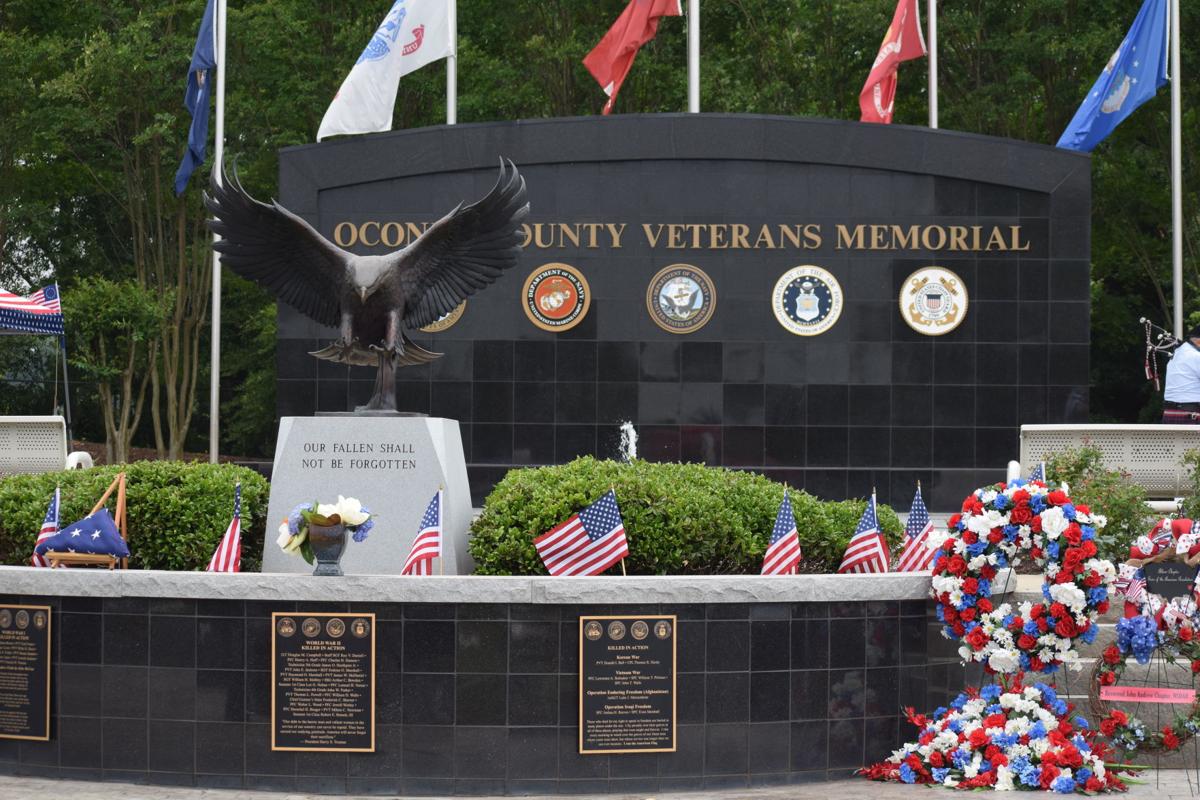 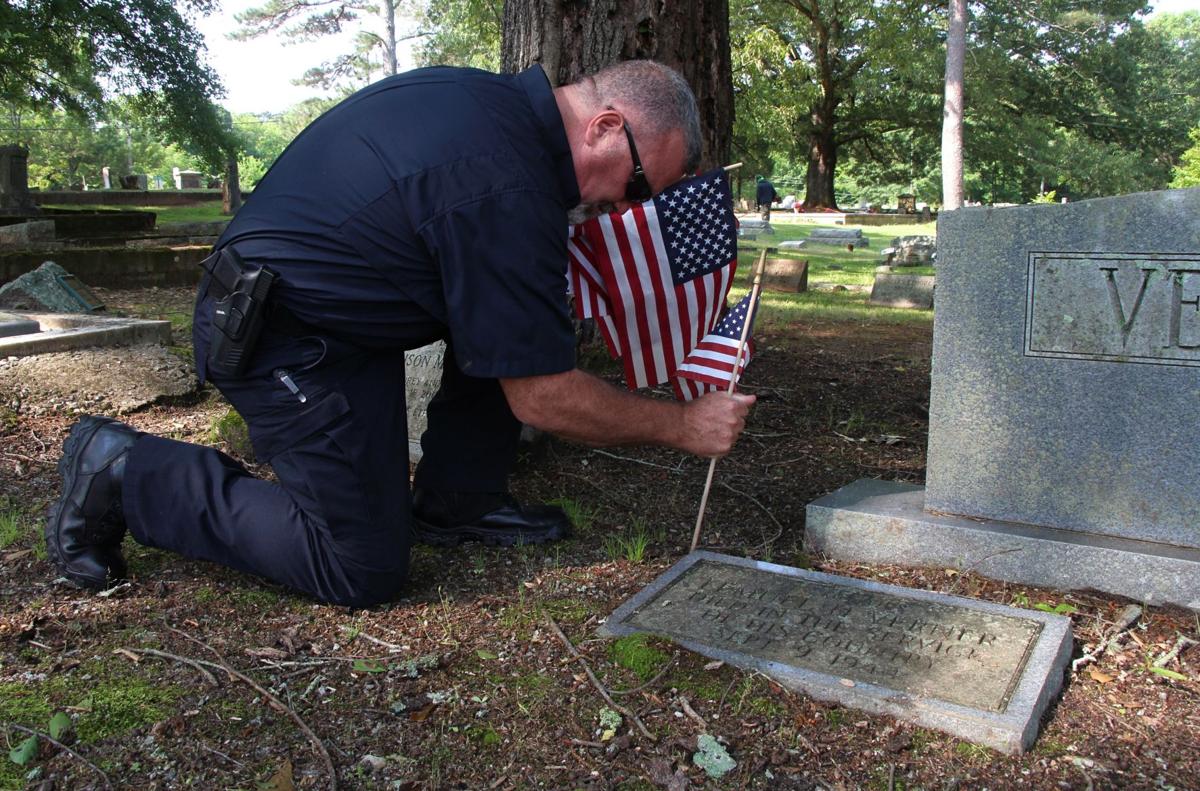 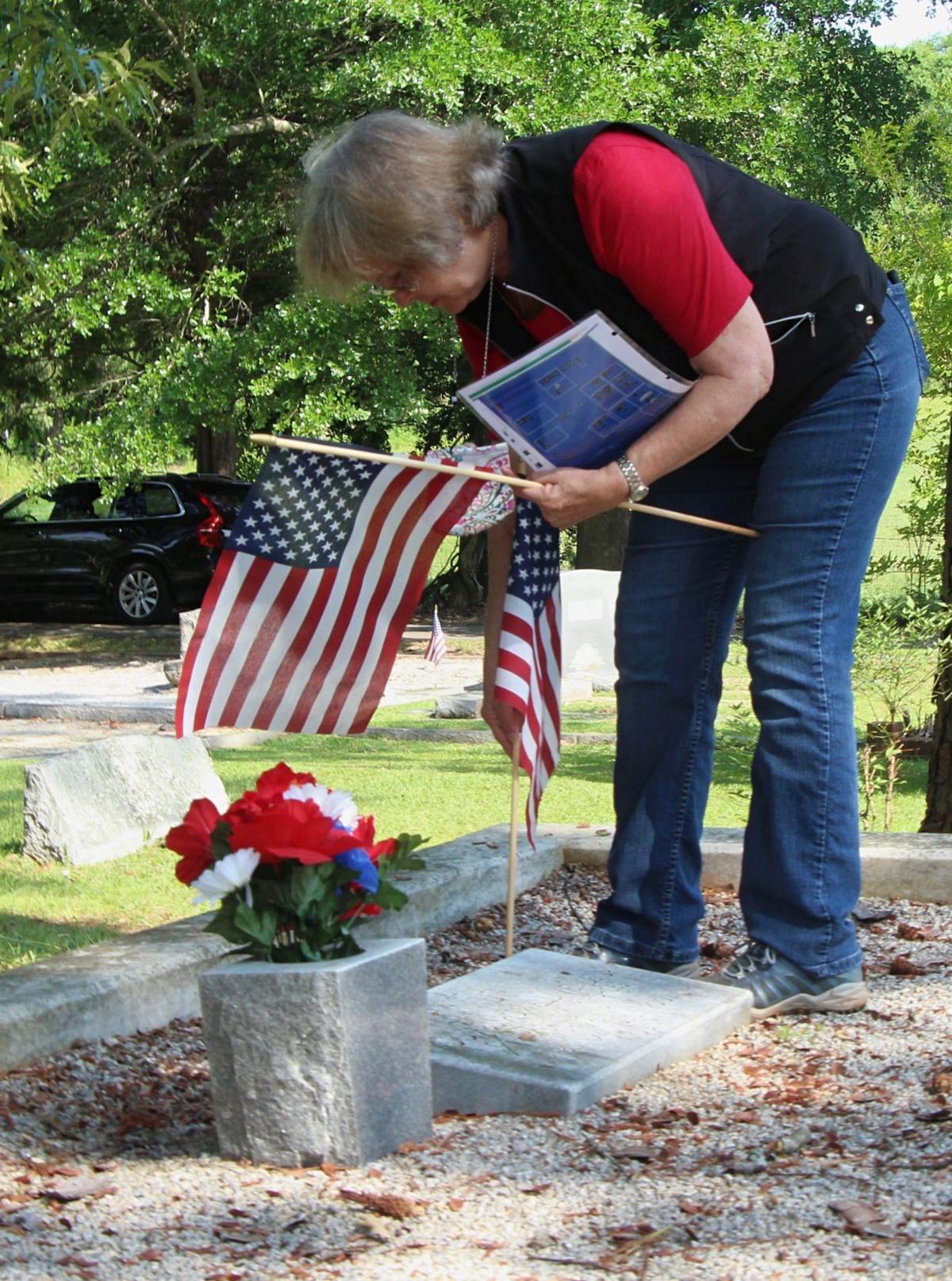 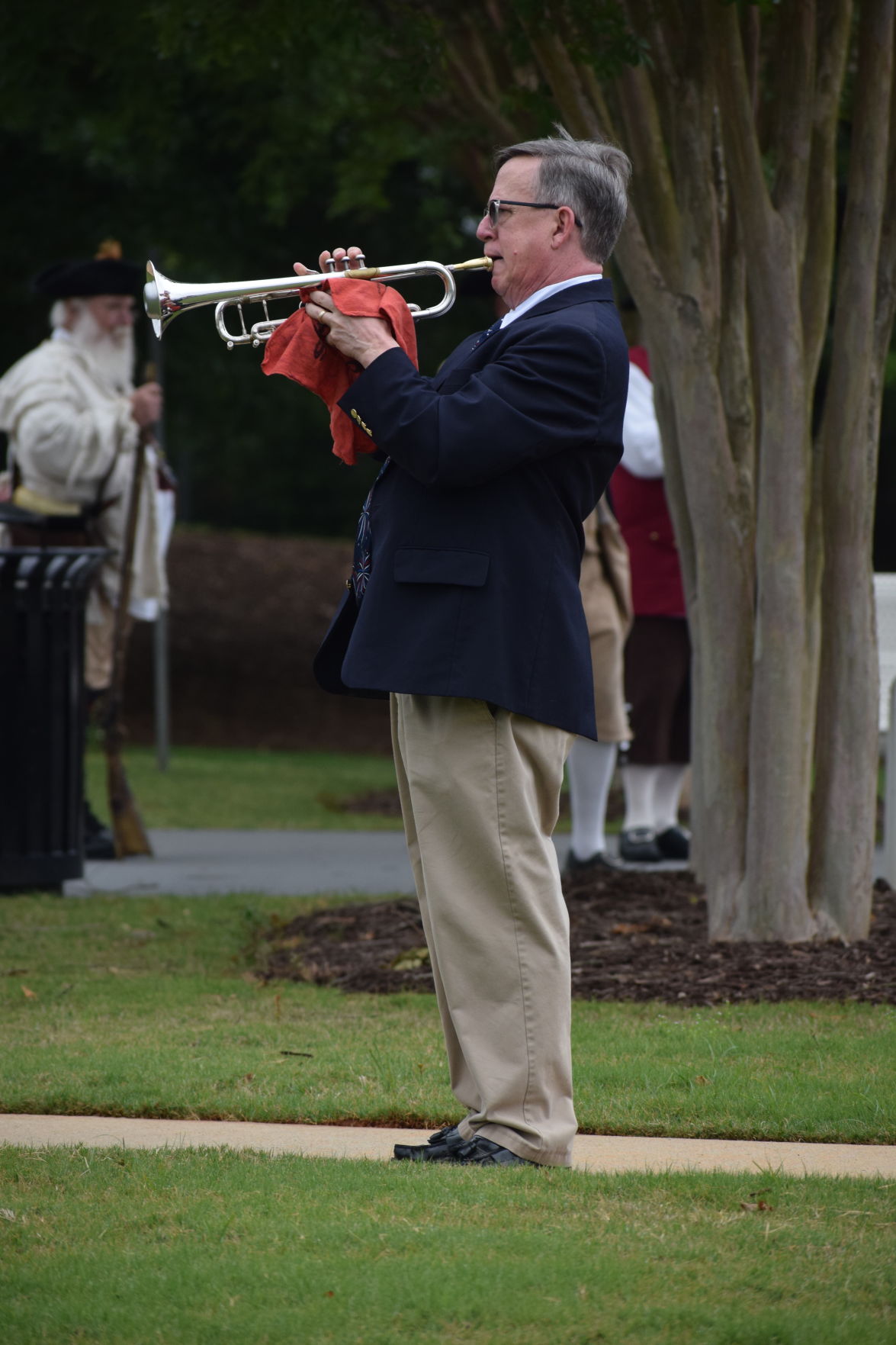 While social distancing guidelines prevented the mass gathering of people to honor the fallen on Memorial Day, Oconee’s civic organizations still commemorated the veterans who made the ultimate sacrifice for our freedom.

Officers from the Watkinsville Police Department and the National Society Daughters of the American Revolution Rev. John Andrew Chapter met on Friday to place flags on those buried at the Watkinsville Cemetery.

“I just think of all the ones who’ve gone before us and died in combat and served honorably in combat trying to provide for us to be free for our country,” Watkinsvnille Police Chief Shannon Brock said last week while planting flags.

Officer Chappy Hynes, a Marine Corps veteran whose father served and whose son is also serving, prayed while placing flags.

“I know Lemuel Verner, [and] I know his great-grandson, Lee Verner,” said Hynes, “so I’m just praying the Lord would bless his family...and in his memory, I’m thanking him for his service.”

NSDAR regent Kathy Rhodes said she thinks of Moina Michael’s poem “We Shall Keep the Faith” while placing flags alongside red poppies at the graves.

Rhodes explained that Michael, a teacher during World War I, was inspired to write her poem after reading another poem, “In Flanders Fields.” Shortly after finding the poem, Michael’s fiance died while serving in the war.

“She wrote a poem that tells about picking up that [grief] and going on,” Rhodes said. “She took her red dress she was going to wear for his homecoming and made [fabric] poppies, and it caught on.”

Just as the efforts to memorialize soldiers will continue, so too will soldiers’ bravery, said Brig. Gen. John Gentry.

“Their courage will shine like a beacon on future generations through times of danger and uncertainty,” Gentry said. “Their sacrifice will serve as the staunchest of warnings to our enemies that we shall never abandon the cause of liberty.”