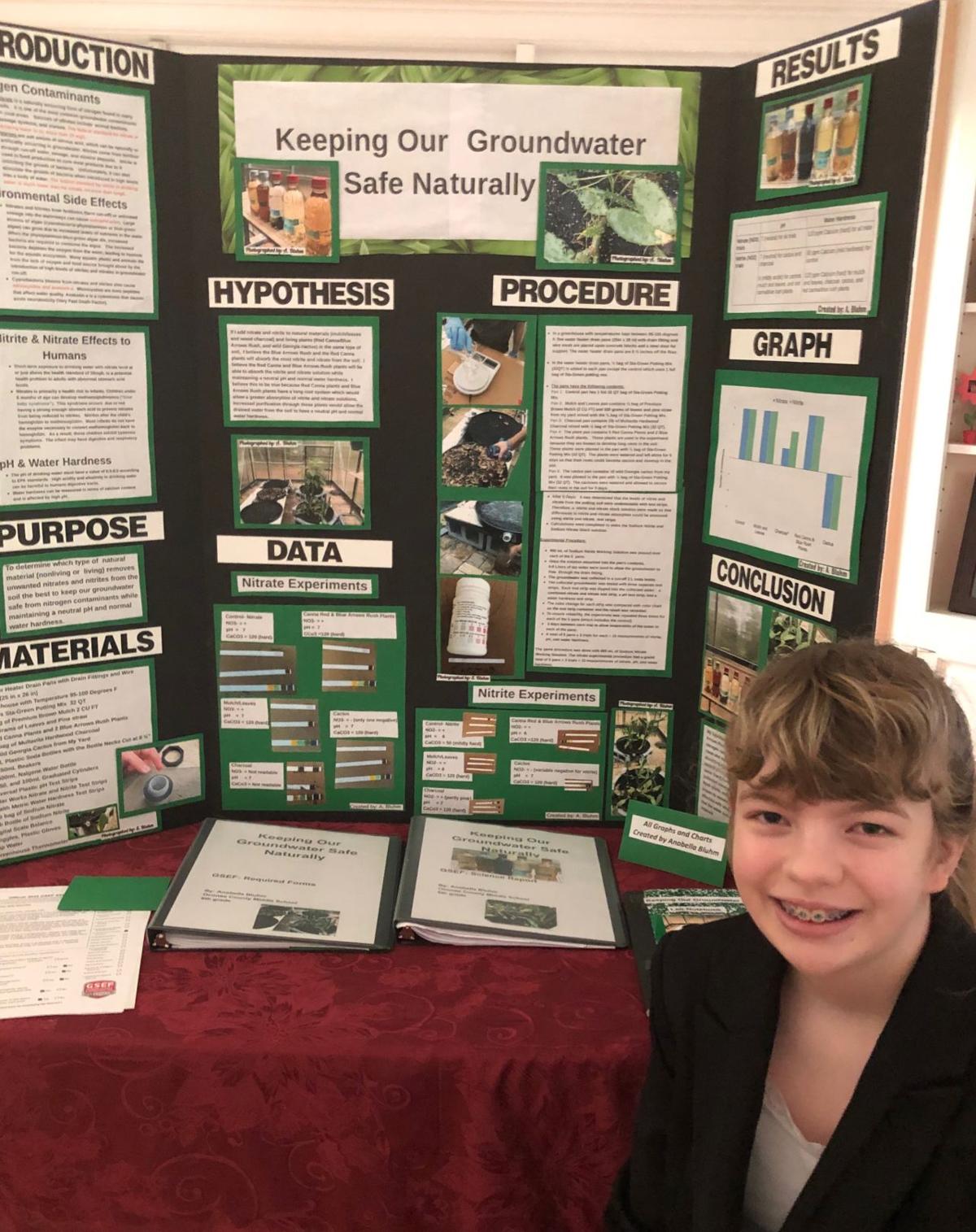 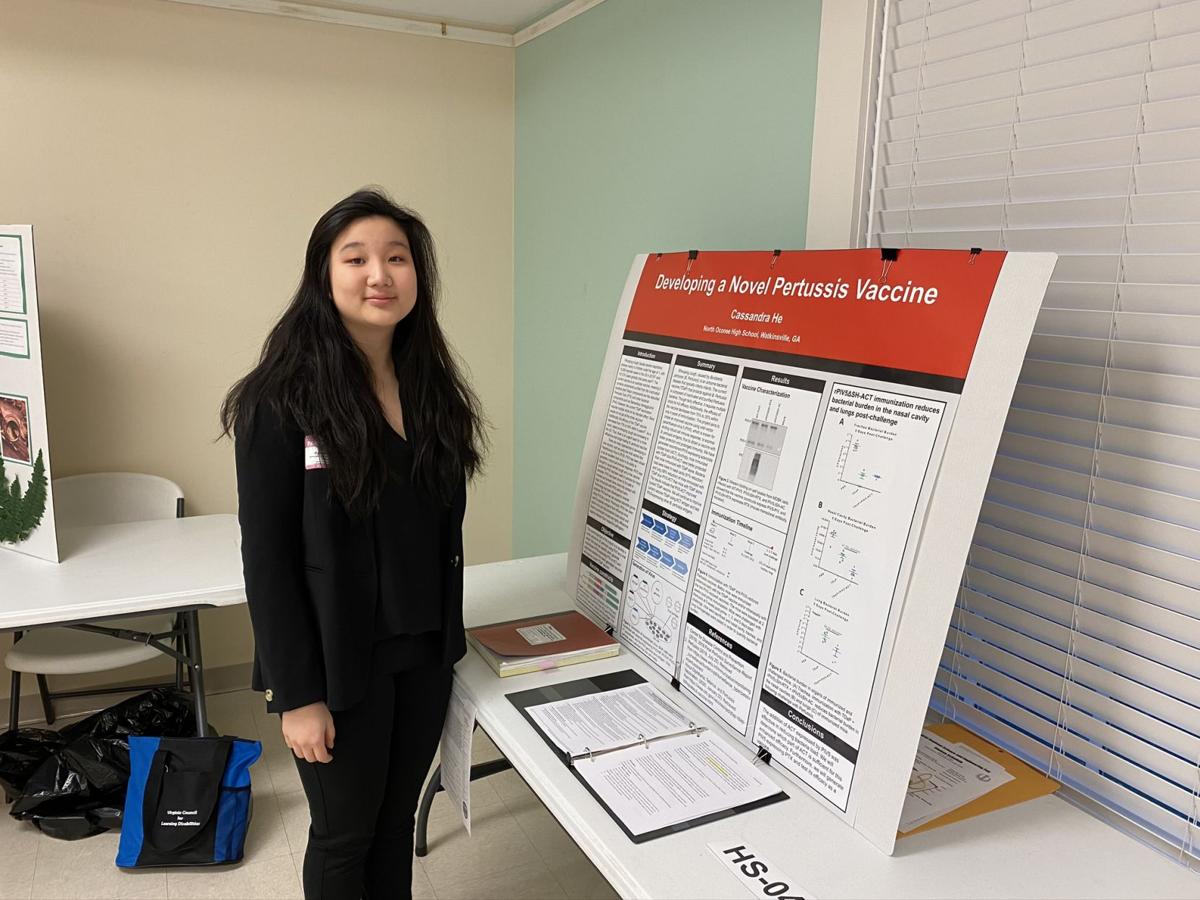 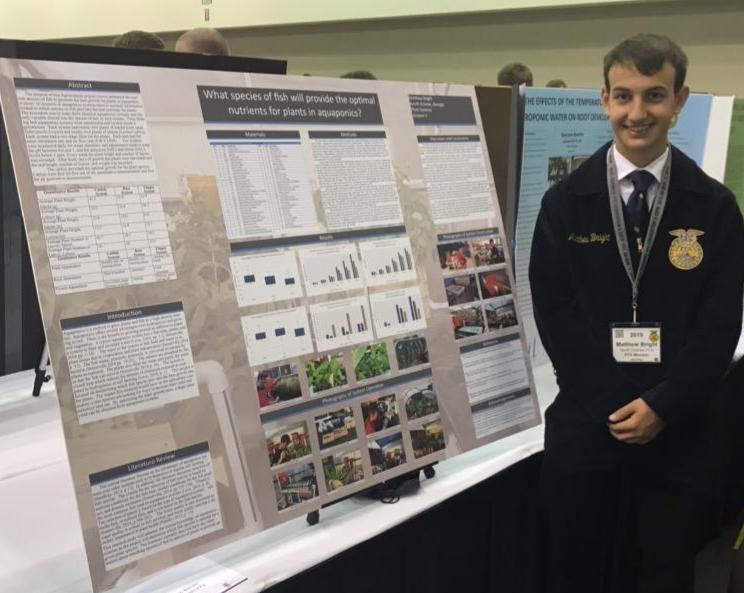 When the Georgia Science and Engineering Fair switched to a virtual presentation format in April because of COVID-19, several Oconee middle and high school students rose to the challenge, presenting and winning several accolades at the competition.

Other junior level awardees from Oconee County include:

n Katia Busch of MBMS; third honors for “Which Drink Has More Electrolytes?”

Anabella Bluhm said that she was both surprised and excited to win multiple projects for a single project, especially considering she had been participating in science fairs since elementary school.

She explained that she formed the idea for her project after reading online about how roots and plants soak up unwanted contaminants, like nitrates and nitrites that can enter waterways from fertilizer runoff or untreated sewage. Algae can often feed off of these compounds and grow into blooms, which can starve fish and aquatic plants of oxygen and food sources.

Bluhm predicted that longer root systems, like those in the red canna and blue arrows rush plants, would soak up more of these compounds than her wild Georgia cactus.

“But it was actually the cactus that did better,” she said.

For her conclusion, Bluhm suggested using the cacti in farm situations so it can keep crops safe by soaking up unwanted compounds and preventing erosion.

“I think it (polluted groundwater) is important because it’s sort of a problem we’ve had today, and I’ve found so much research on it,” she said. “We’re always going to have to keep our water clean.”

Junior Cassandra He proposed in her project that a new vaccine should finish being developed to treat whooping cough, since cases in infants have risen over the past few decades. She found that one new vaccine was 68.2 percent more effective in reducing the number of bacteria when used alongside the current vaccine.

“Protecting the health of the population is important, and it is my hope that parents can feel that their child is safe from infection,” He said.

Bright found that catfish were the best fish to pair with the lettuce and corn salad plants that he used.

He also explained how his research can be used to help prevent starvation.

“Aquaponics is a way to have a self-sufficient growing system that can run in any third world country,” he said. “Full-scale aquaponics systems can help feed a village or city with a lack of food and it can sustain them for years to come.”