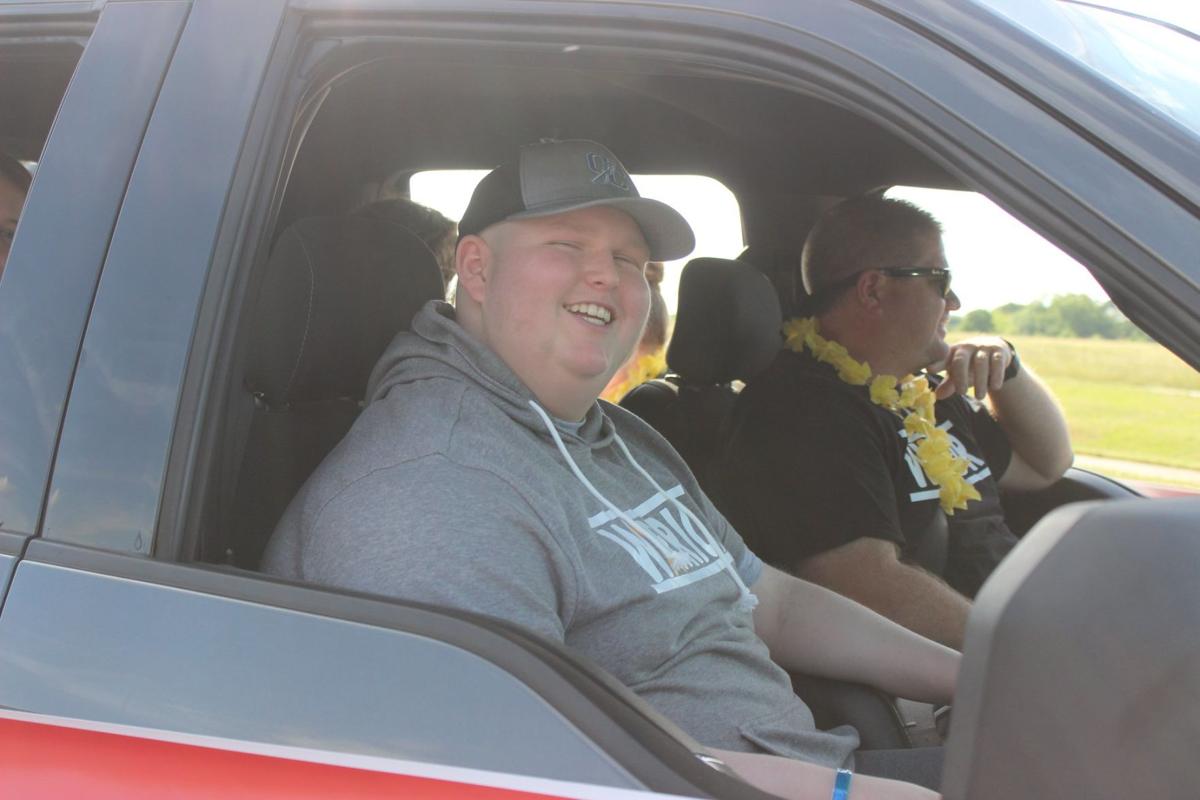 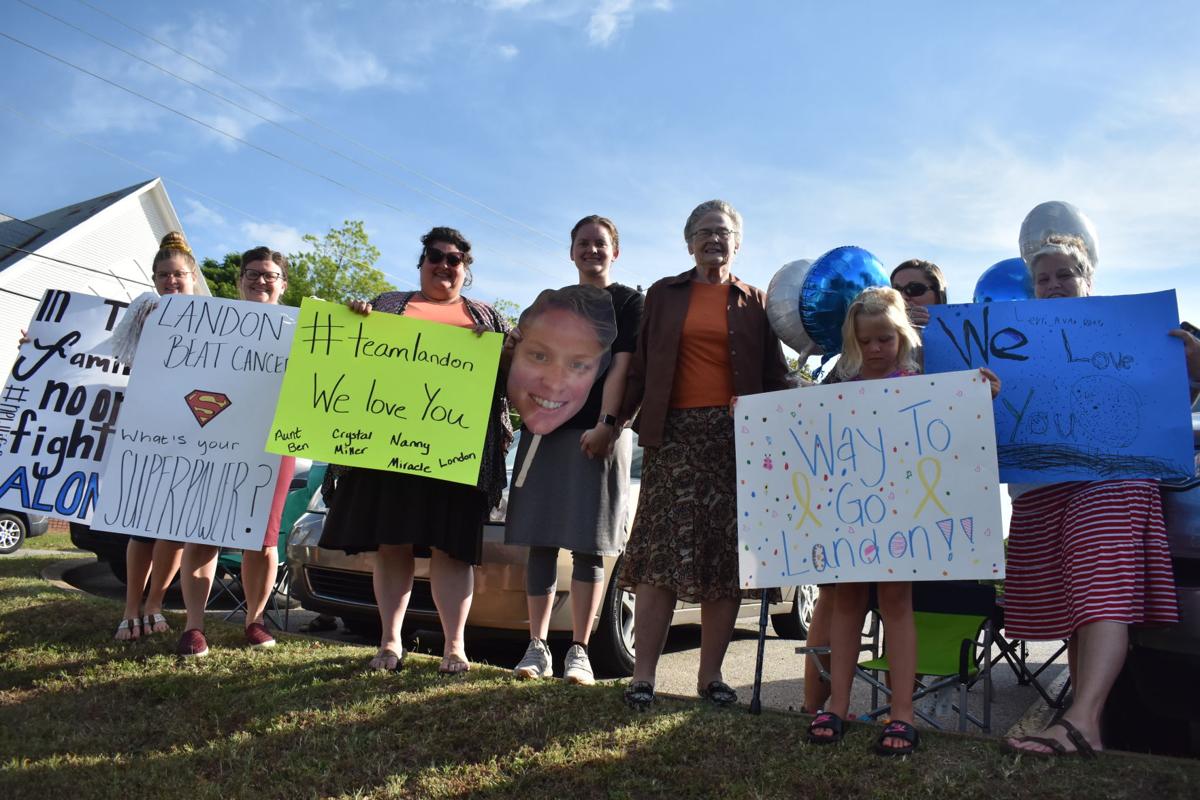 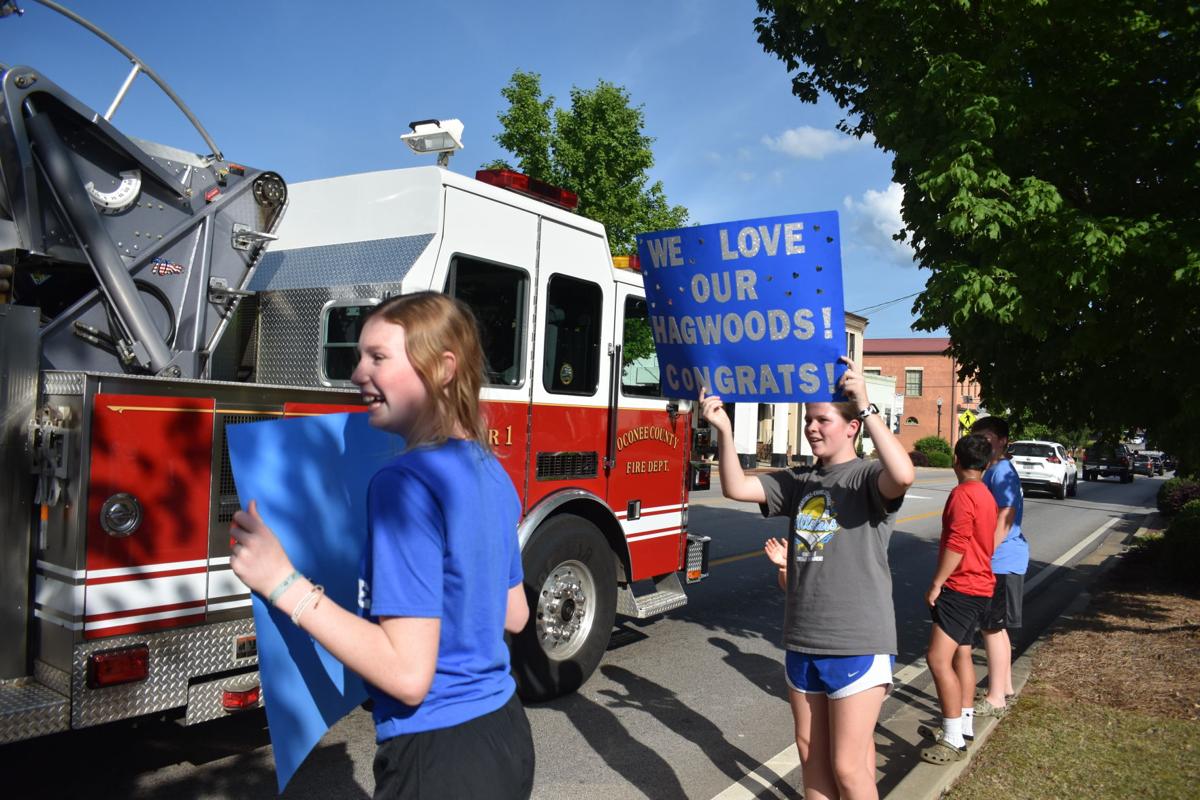 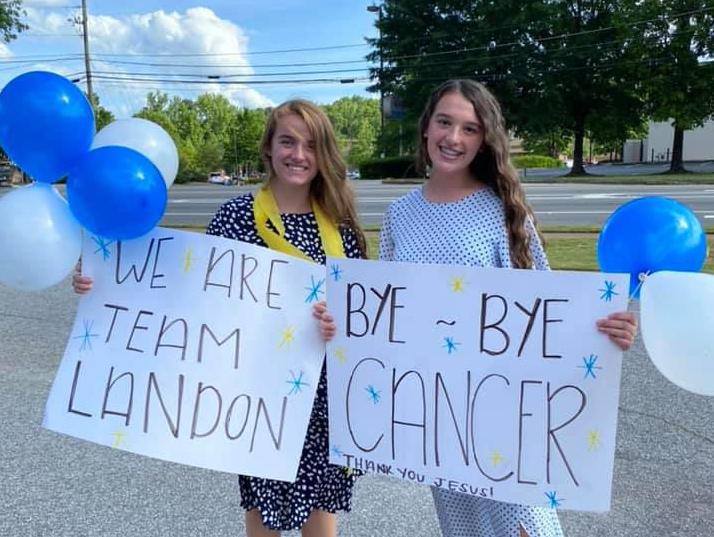 As they pulled up to the Oconee County Civic Center last Sunday, Deesha Hagwood woke up her 15-year-old son, Landon, who had just finished his last treatment of chemotherapy at Children’s Healthcare of Atlanta’s Egleston Hospital.

As Landon awoke, Deesha smiled and filmed her son’s reaction to an incredible homecoming.

Oconee County Sheriff’s Office deputies arrived to give Landon an escort to their home in Watkinsville.

The day was a long time coming after almost nine months of treatments and hospital stays for Landon, who had been diagnosed with Ewing’s sarcoma, a rare type of bone cancer.

"Knowing what he's been through over the last nine months and how hard he's worked, it just felt like a win after a big game," said OCHS football head coach Travis Noland. "Not only was he finished with the treatments he had to do, he was cancer free."

Sunday’s parade was the culmination of celebrations that began when Landon was discharged from the hospital and rang a bell to commemorate his remission.

“Both sides of our families were outside at Egleston in the lobby with banners and streamers and footballs,” Deesha said, explaining that Landon is a varsity football player at Oconee County High School.

“I haven’t cried a lot about this,” said Landon, “but when I rang that bell, it all came out, and it was like a weight off my chest...one of the best feelings ever.”

Deesha described her son as “stoic, fearless and strong.”

“My heart is exploding with joy at the goodness and mercy of God for my sweet baby boy to be declared free of cancer,” Deesha said. “This is what a miracle looks like.”

The Hagwoods have much to be thankful about Landon’s recovery. After Landon’s right shoulder tumor was removed, his surgeon said that Landon may only be able to move his arm enough to bend his head and comb his hair. After repeated sessions at Oconee Physical Therapy, Landon is now able to extend his arm almost straight and fully above his head.

For more on this story, see the May 21 edition of The Oconee Enterprise, on sale now at convenience stores and grocery stores and newspaper boxes throughout Oconee County. To subscribe, call (706) 769-5175 or visit the tab on our website.

How would you rate Gov. Kemp's response to COVID-19?