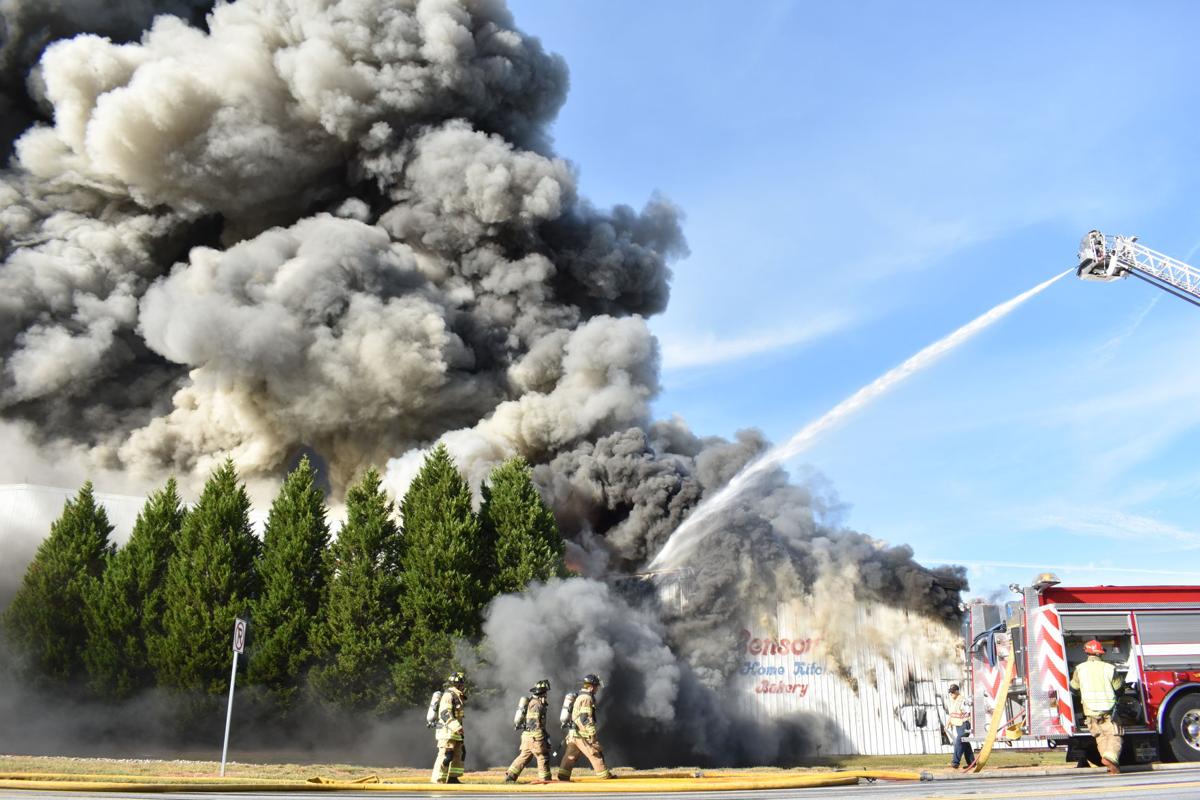 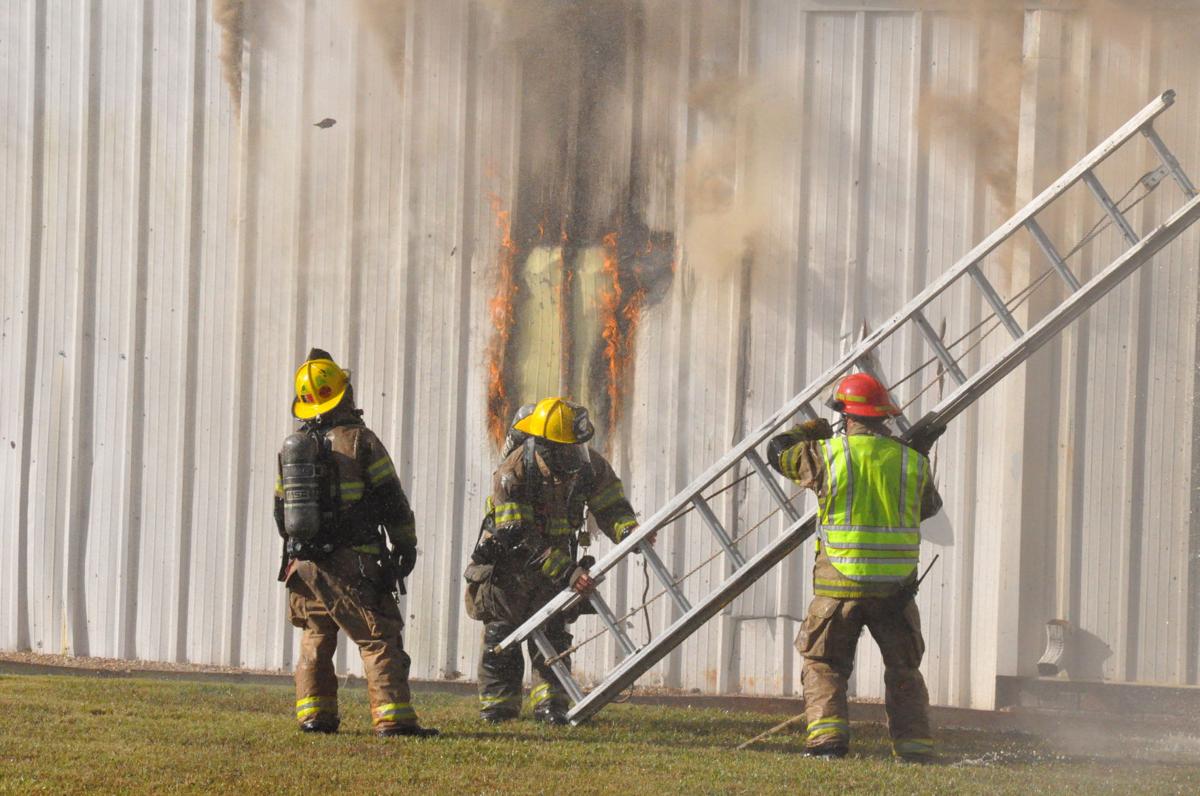 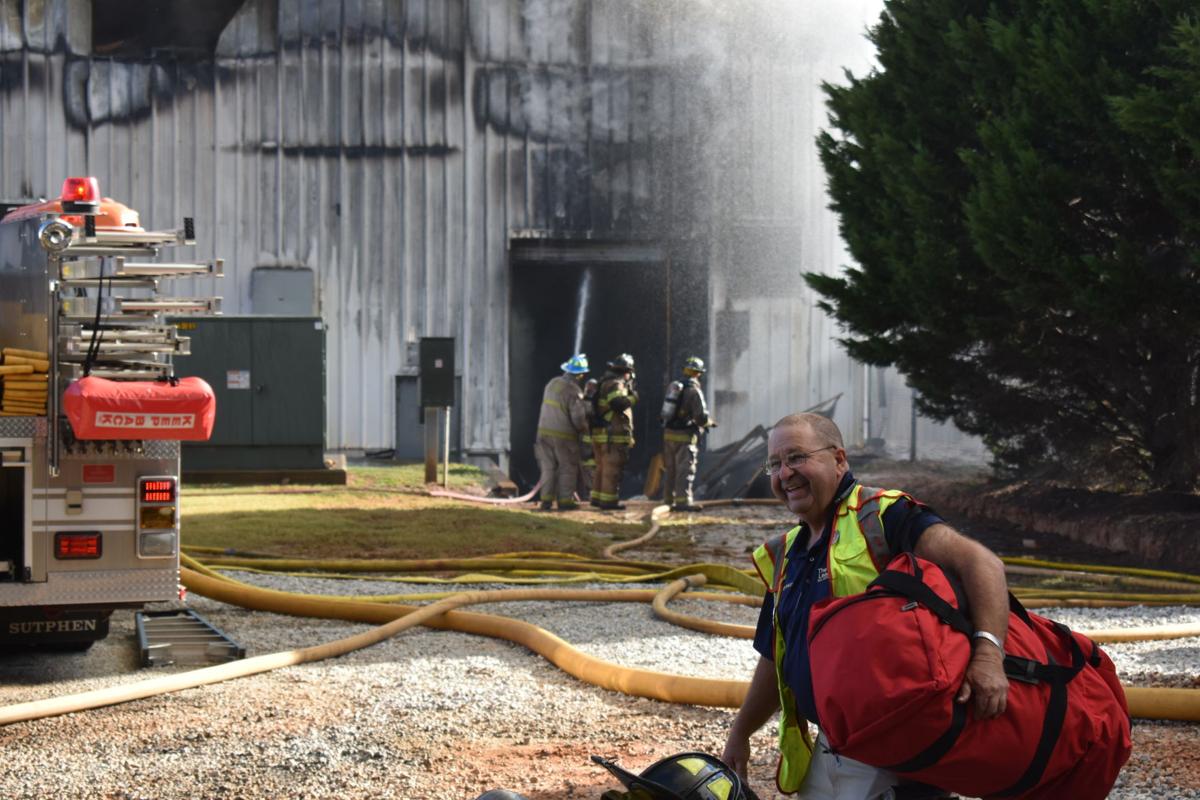 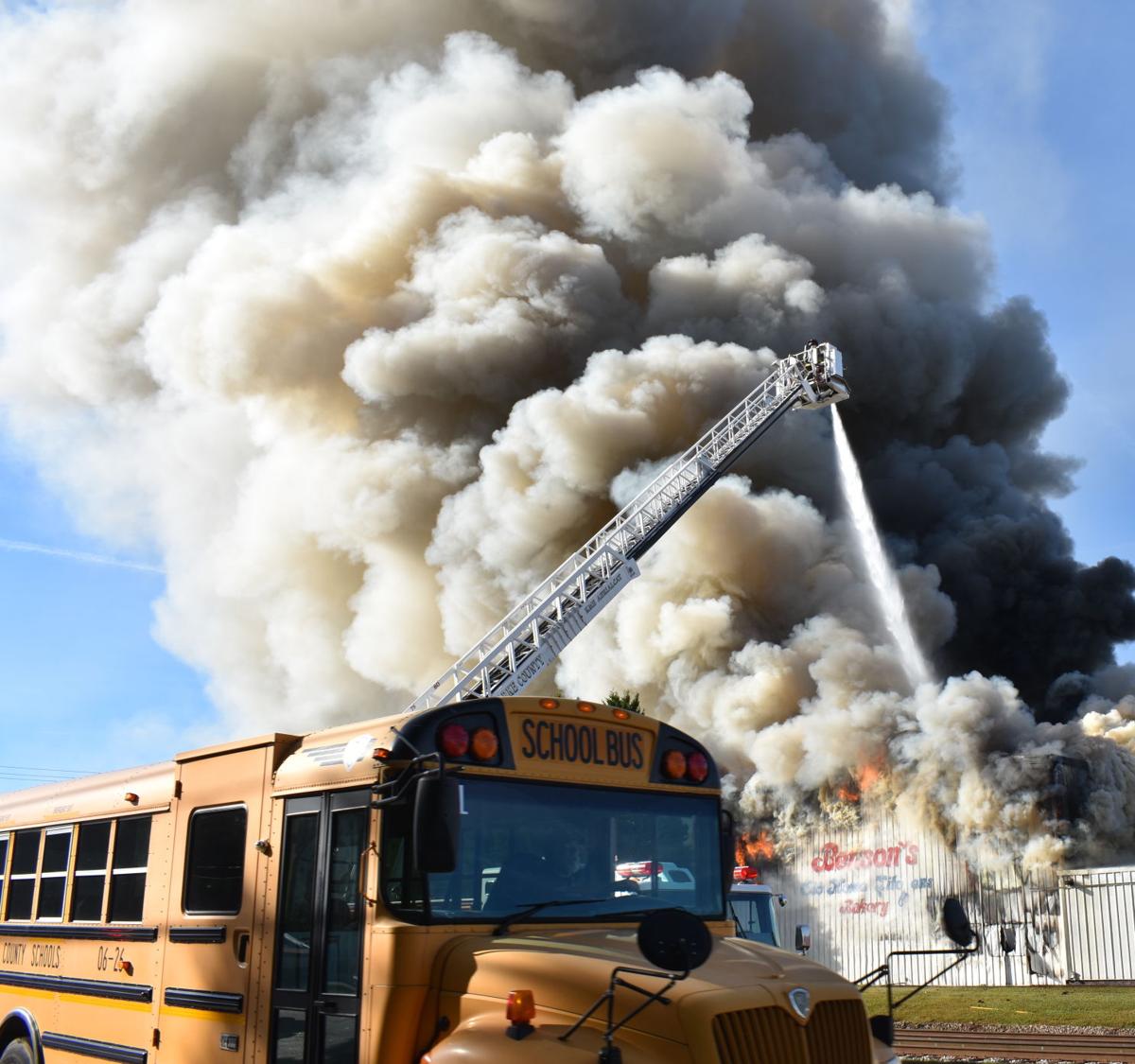 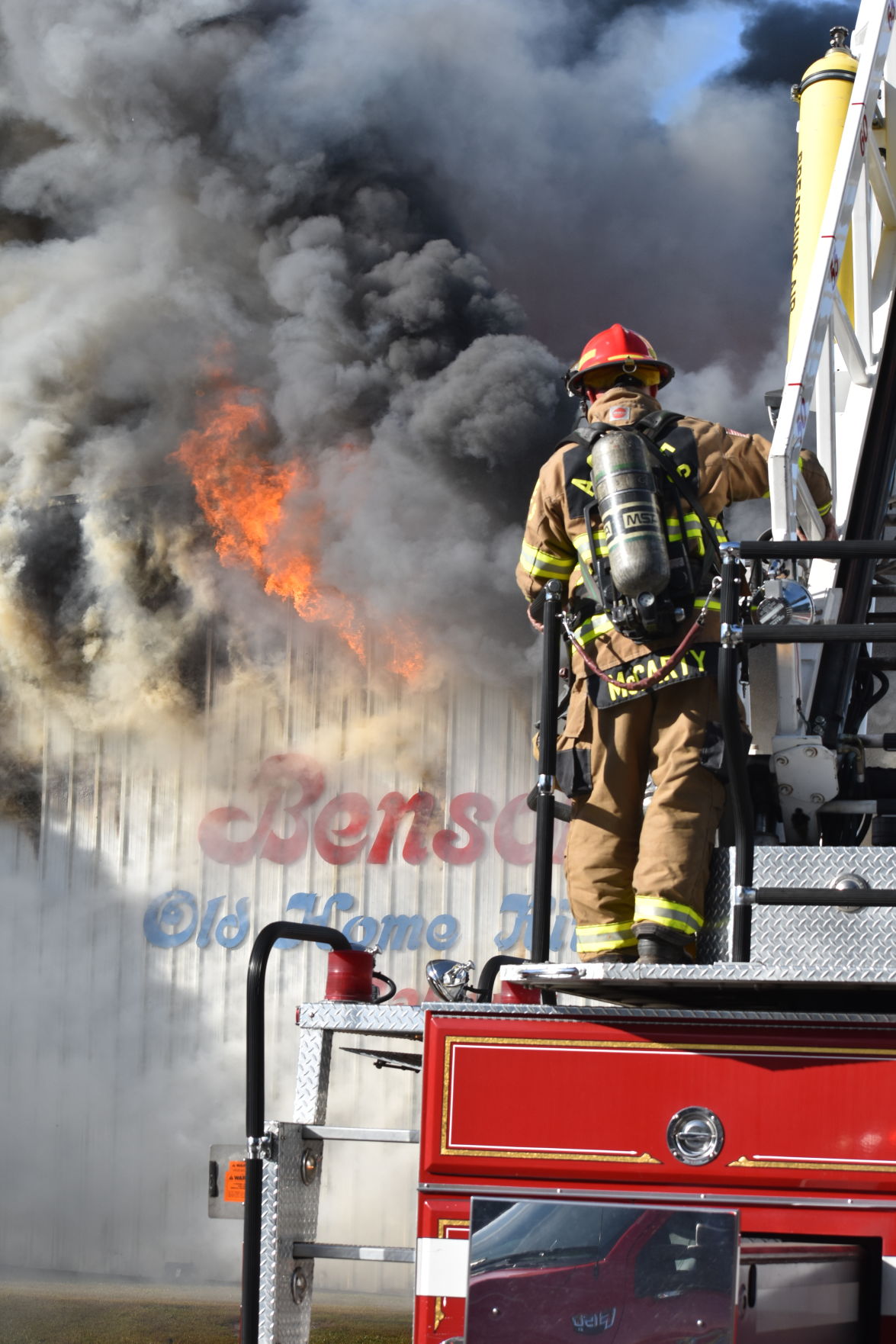 Every town has a tradition around the holidays.

Since 1952, the citizens of Bogart have lined up to get their Yuletide fruitcakes from Benson’s Bakery.

The aroma of its sweet delicacies permeate the entire city this time of year.

“I’m used to smelling a pound cake, but I guess we are not going to get that tonight,” bakery neighbor Butch Palmer said as he watched a towering plume of smoke surface from a production building engulfed in flames Monday afternoon.

The fire started around 3 p.m. when a fan was being installed from the roof, and a spark hit the insulation. All employees were evacuated and safe, said Sheriff Scott Berry.

It took about four hours to get the fire under control, but some volunteers firefighters watched over the building throughout the night, said Oconee County Emergency Agency Director C.J. Worden.

“It taxed our resources, but we were up to the challenge,” said Worden. “We are able to face it. We appreciate the help of our neighbors (Athens-Clarke and Barrow personnel) who came out to assist us.”

Worden said he would not call it a total loss, as the fire was contained to the building where it started.

“Of course they are going to rebuild,” said Bogart Mayor Terri Glenn.“Our motto is believe Bogart. We continue to believe in Bogart. The people are phenomenal, and the businesses are wonderful businesses. We are going to come back from this.”

Oconee County Board of Commissioners Chairman John Daniell said the county will do whatever it can to help them expedite that process.

“Having them in Bogart has been an asset to the community,” he said.

“We loved the smell when they start cooking for the holidays,” said longtime resident Janet Luke. “Hopefully, we won’t miss it too long.”

For more on this story, see the Oct. 25 edition of The Oconee Enterprise, on sale now at convenience stores and grocery stores and newspaper boxes throughout Oconee County. To subscribe, go to oconeeenterprise.comor call (706) 769-5175.

Did Watkinsville do the right thing in firing the police chief?