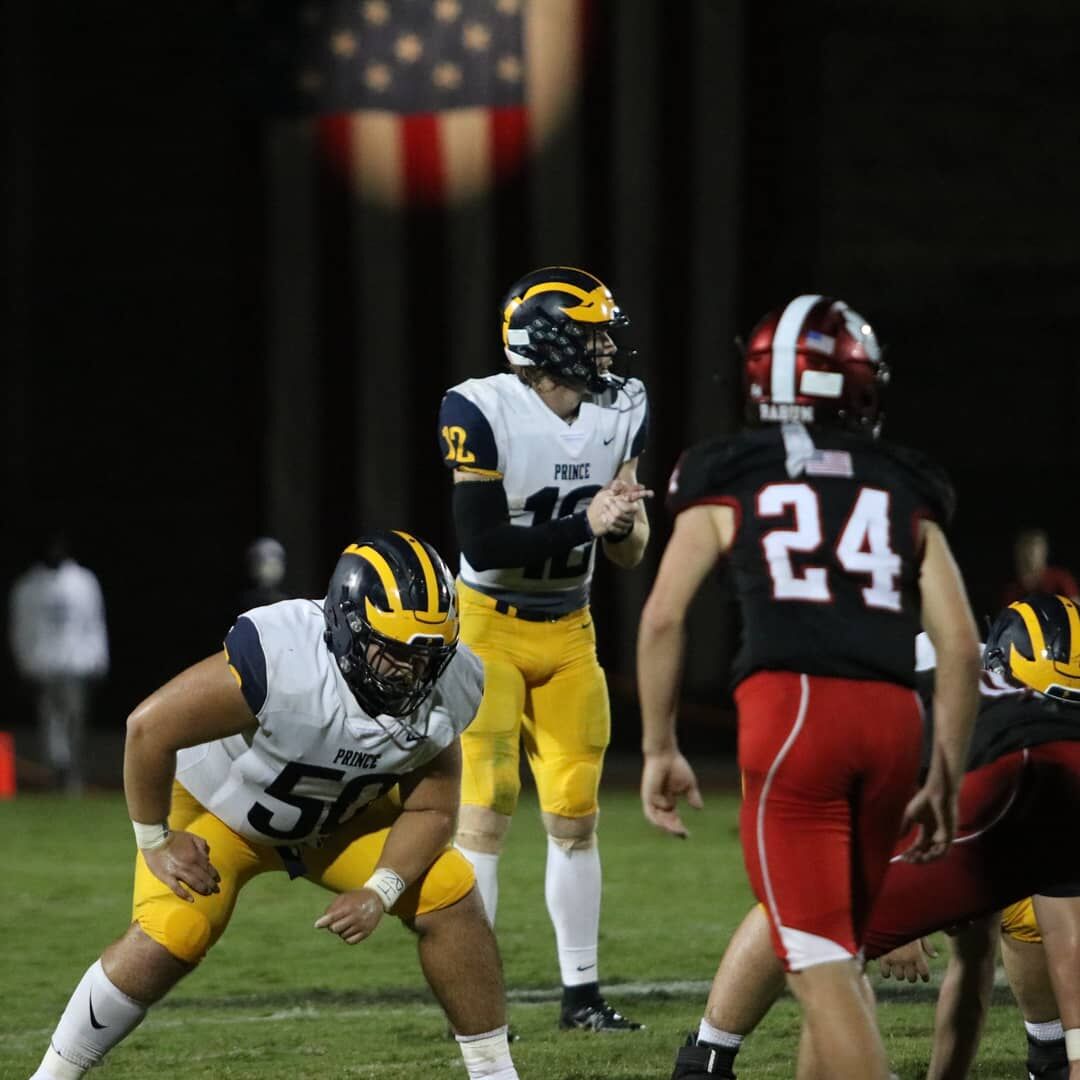 Brock Vandagriff prepares to snap the ball in the second half of Friday's loss to Rabun County High School. 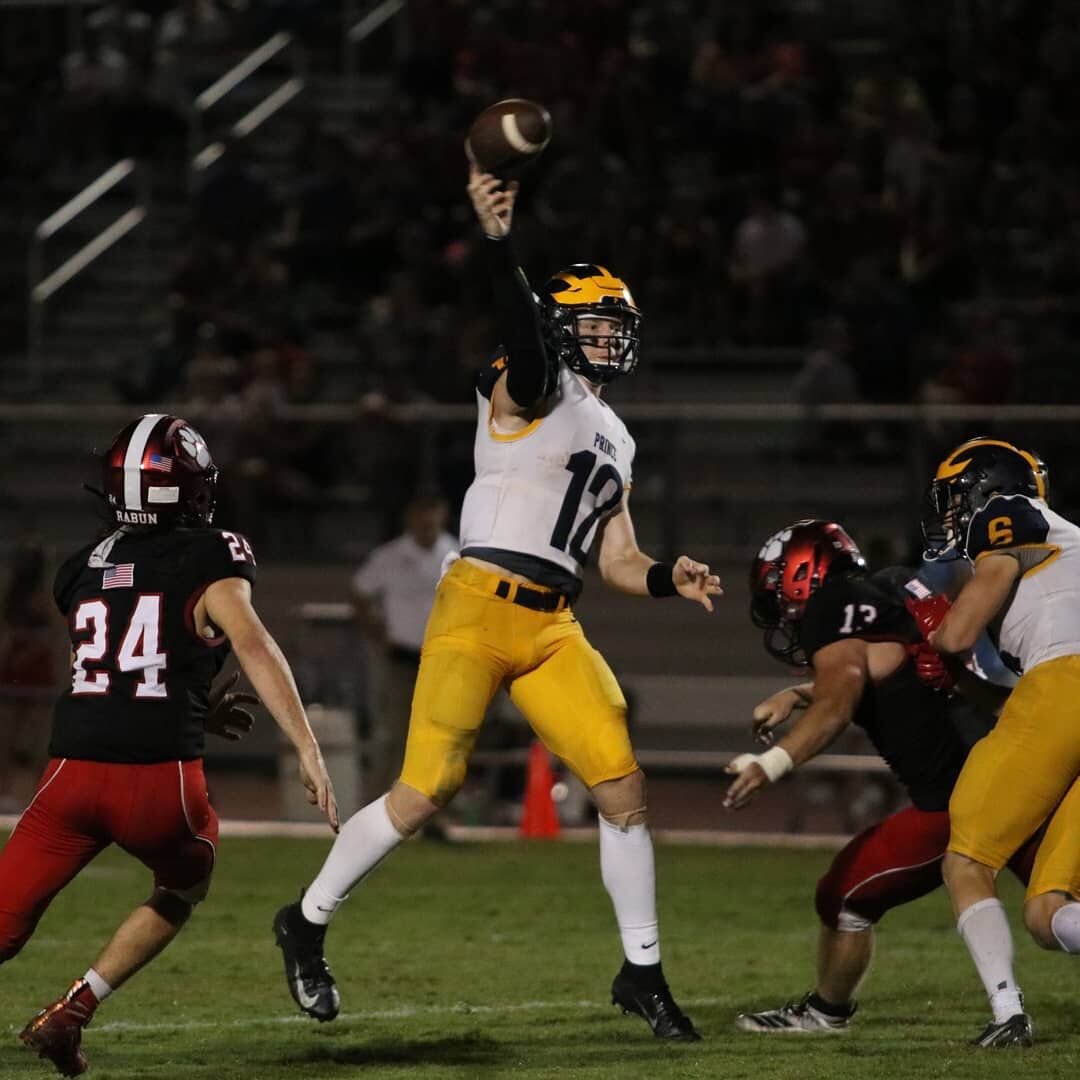 Brock Vandagriff throws a pass during the second half on Friday. 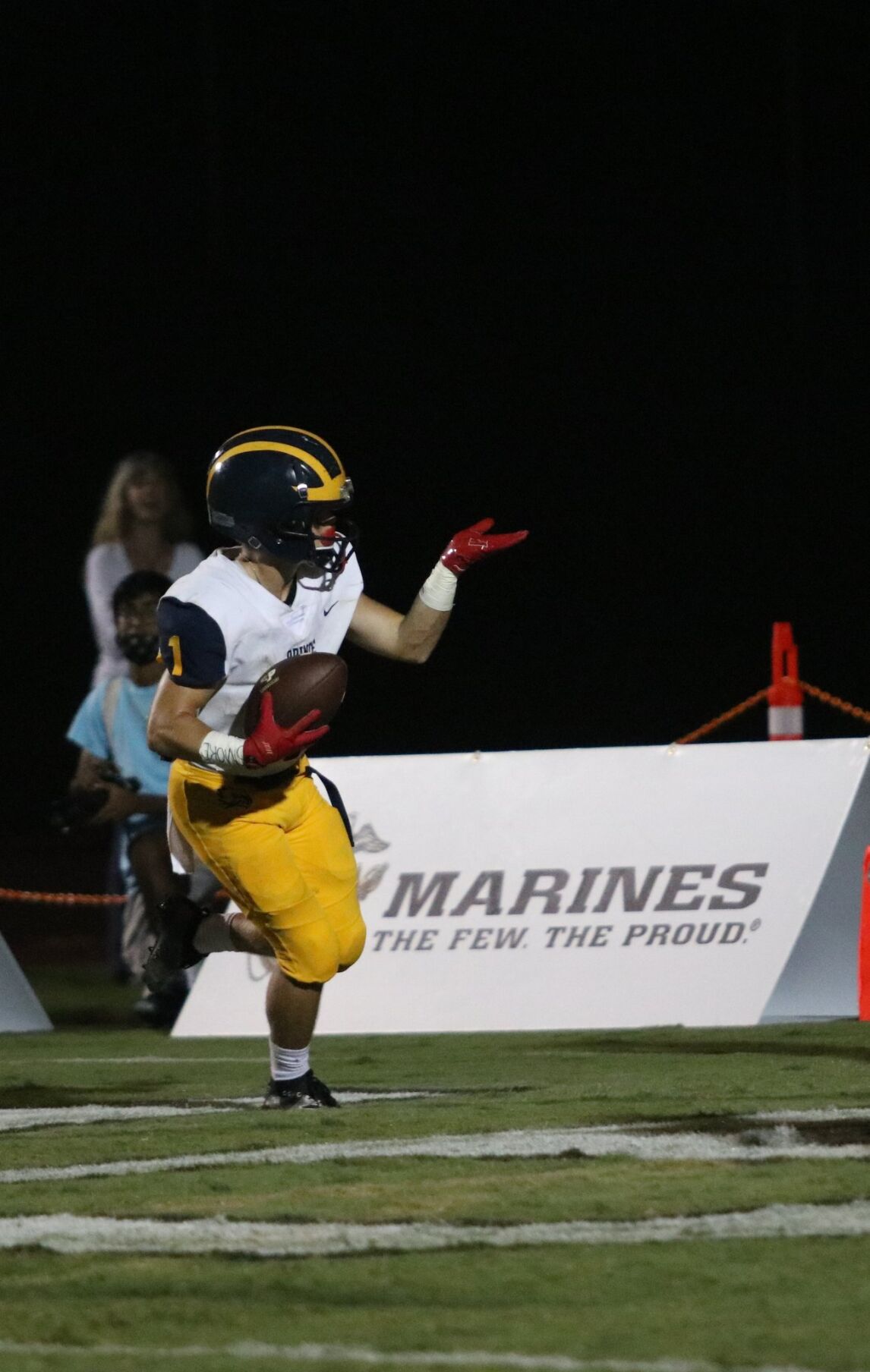 Brock Vandagriff prepares to snap the ball in the second half of Friday's loss to Rabun County High School.

Brock Vandagriff throws a pass during the second half on Friday.

TIGER-The game was nationally televised. Both sides of the bleachers were full. The two captains that bumped fists at mid field prior to kickoff were both five-star quarterback recruits destined to Southeastern Conference powerhouses.

When it was over one thing stood out.

“Playing games is fun, especially when it's in this atmosphere, it’s on T.V. and there's this many people here,” senior Logan Johnson said. “It doesn't matter if you don't win the game. No matter how good I do or how the team does it doesn’t matter.”

Johnson did good. He snagged seven receptions for 70 yards and two touchdowns. Those touchdowns came with blown kisses toward the RCHS student section.

At the end of the night, the Wolverines came out of Frank Snyder Stadium with a 38-31 loss and some lifelong memories. The Wolverines had to fight their way back to turn the game into the back and forth affair it became late in the second half.

By halftime, the Wolverines were down 24-7. The first half saw their high-powered offense struggling. PACS senior quarterback Brock Vandagriff began the game 8-of-15 with 62 yards, 43 of which came on a touchdown pass to Zac Dyer. An interception with only 19 seconds remaining in the first helped the Wildcats convert a lead-stretching field goal.

“We should have just tried to get out of there and I got a little bit greedy,” PACS head coach Greg Vandagriff said of his play call before the half ended. “That was my fault.”

The second half started similarly. The Wolverines’ second pass of the half was intercepted after the wide receiver slipped and fell leaving the ball up for grabs to a RCHS defensive back.

“In reality, we killed ourselves,” Johnson said.

The Wolverines didn’t go away. They tied the game at 31-31 with 4:32 remaining. University of South Carolina commit Gunner Stockton helped carry the Wildcat offense down the field before he hooked up with Adriel Clark for a 32-yard touchdown pass to take the lead back.

On the ensuing drive, Brock was intercepted to close the game.

The Wildcats stormed the field to celebrate. The feeling was a similar for Wolverines’ players. The Wolverines played one of the best games in the state playoffs last season. Friday’s game was eerily similar in the amount of excitement it drew.

The Wolverines hope the result swaps the next time they’re in a similar spot, because there could be a lot more on the line then. Friday’s game was one of the Wolverines’ six non-region games.

That was the message from the Wolverines’ head coach as the team broke ranks on Friday night.

“It was very similar,” Greg said. “We came up a little short against a really good team. The difference is this game really doesn’t matter. We’re going to go watch film and it’ll expose some kids. We’ll have a chance to improve and learn from it.”

Brock finished 17-for-28 for 186 yards, three touchdowns and three interceptions.