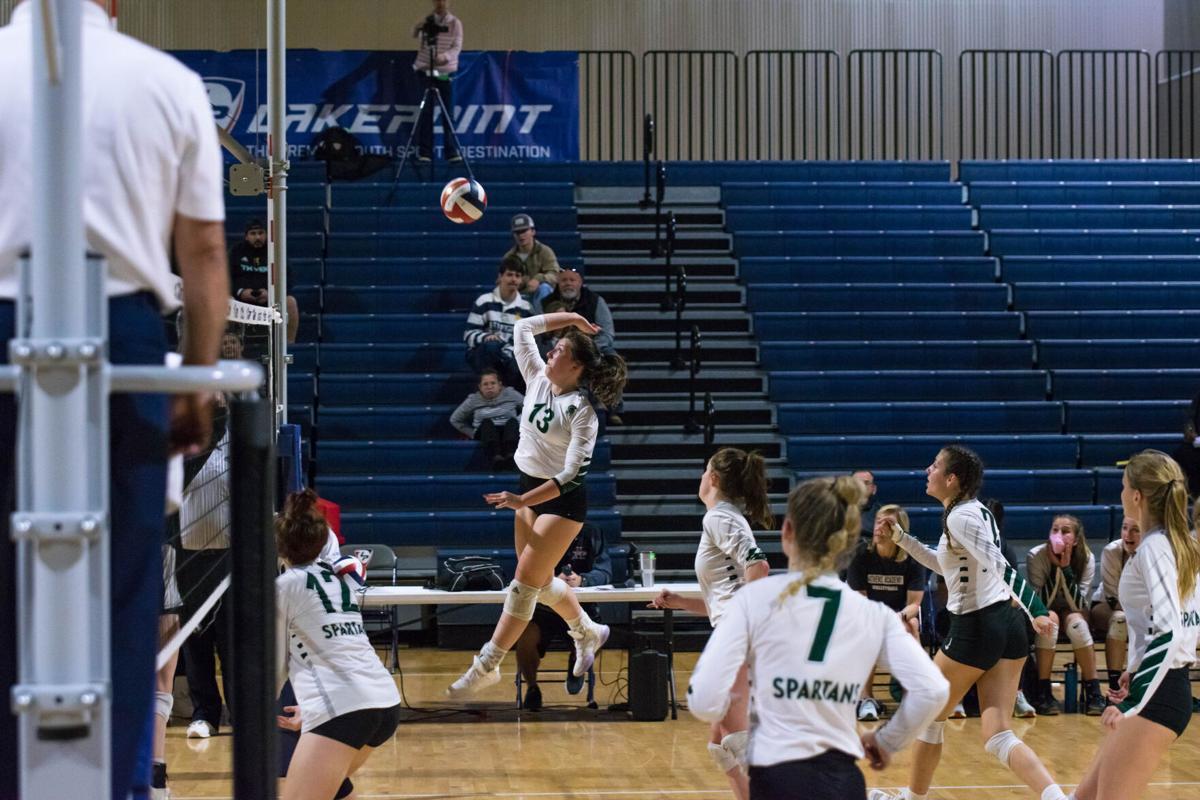 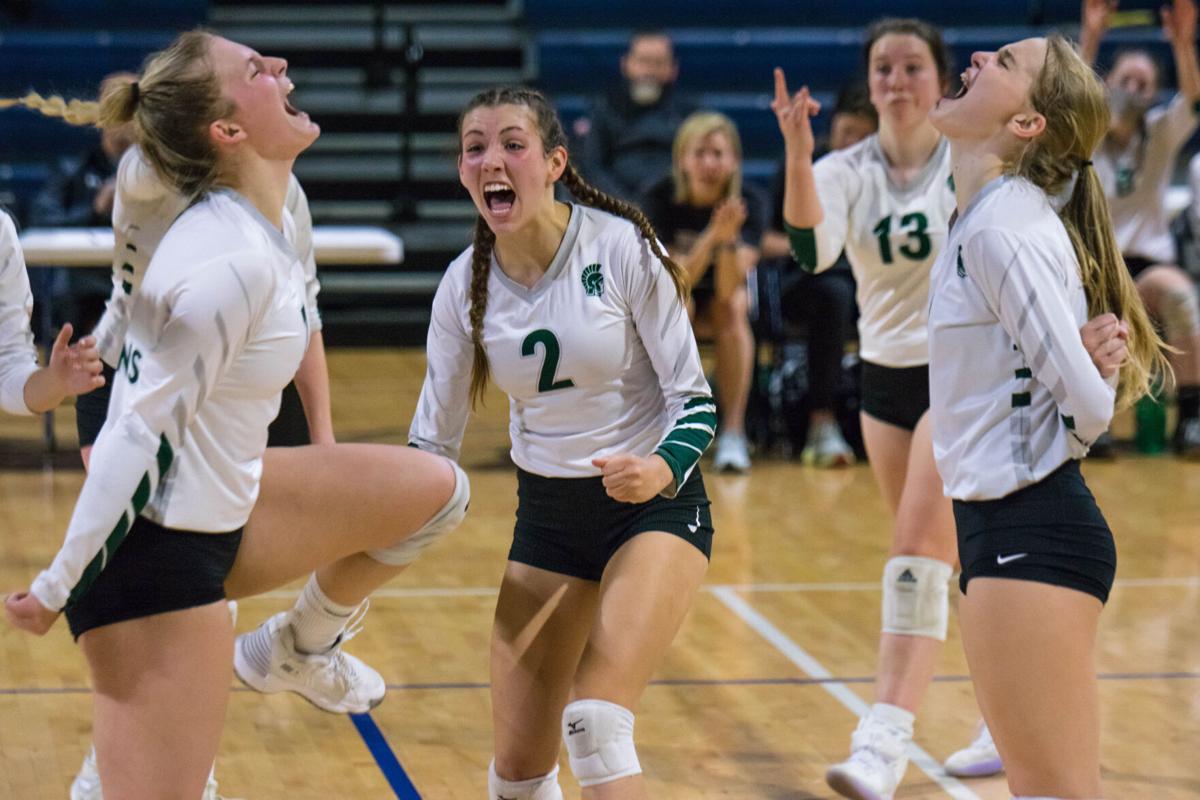 It didn’t end in medals and a golden trophy, but Athens Academy volleyball finished as the state runner-up of Class A-Private for the first time since 2010.

A loud atmosphere and slow start did not help the Spartans as they opened up the match, and they lost the first set 25-12. Although the team figured out how to score some more points, Athens Academy still came up short in the second frame.

“We definitely got frazzled at the beginning and it took a few sets to warm up,” said player Addison Ollendick-Smith.

At that time, head coach Jane Thomas was able to pull her team aside for a pep talk.

“Just do what you know how to do and find some fight inside,” said Thomas, recalling what she told her team between the sets. “Go have fun and play for each other.”

It proved successful, and two consecutive service aces from Peyton Wheeler closed out the set 25-16 in favor of the Spartans.

Wheeler said she felt like her team was more comfortable with the “overwhelming” environment by the third set.

“We also were talking more,” Wheeler said. “We were being more aggressive. We figured out how they played, what their playing style was. I feel like we were more prepared.”

Unfortunately for the Spartans, powered behind blocking and powerful middle attacks, the Eagles took the fourth set to win their second state championship in four years.

It left Spartan seniors Wheeler, Ollendick-Smith and Mae Kline in tears, but proud of their team’s accomplishments.

Thomas had a similar message for her players.

“I told them to hold their heads up high because I'm really proud of them and all the work that they've done,” Thomas said. “You get this far, there’s only two teams left and here they are. So, they have everything to be proud of and I'm proud of them.”

The Athens Academy team still has reason to celebrate.

The Spartans finished 42-3, securing one of the best records in program history.

For Thomas, last Saturday was her first finals appearance since she began coaching the team in 2014. It was also her second consecutive top-four finish in the state, including when last year’s squad fell in the semifinals to Holy Innocents Episcopal. But Athens Academy bounced back this year and defeated the same Bears to get to the 2021 finals.

That semifinals team was nearly more complete than this year’s.

The Spartans had two-time region player of the year, Ali Rumpel, but lost her to graduation this past spring. Ollendick-Smith stepped up and fulfilled that middle blocker position but took only half the credit for doing so.

“We had a freshman who came in and she hadn't played before,” Ollendick-Smith. “She learned so fast, filled big shoes and she stepped up and played really well.”

For this year’s senior trio, though, Thomas said they all stepped up as leaders on and off the court, and that they have been good motivators.

And as a team, the Spartans’ passion for the game is what made this season special.

“They love to be in the gym,” Thomas said. “Obviously, they're sad. Obviously, we lost. But I think they’re sad our practice is over. They just love getting in the gym and playing and that's what makes it fun to play with this group because they just love being on the court.”

Nevertheless, Kline, Ollendick-Smith and Wheeler have left their marks with the Spartans, through both volleyball and the friendships they made off the court.

“Win or lose, I would be proud regardless because we came here and we made it so far in the season to where we deserved it whether we get second or first,” Wheeler said. “We deserved it.”

Nail Drivers and Laborers needed. Must have transportation. Pass drug