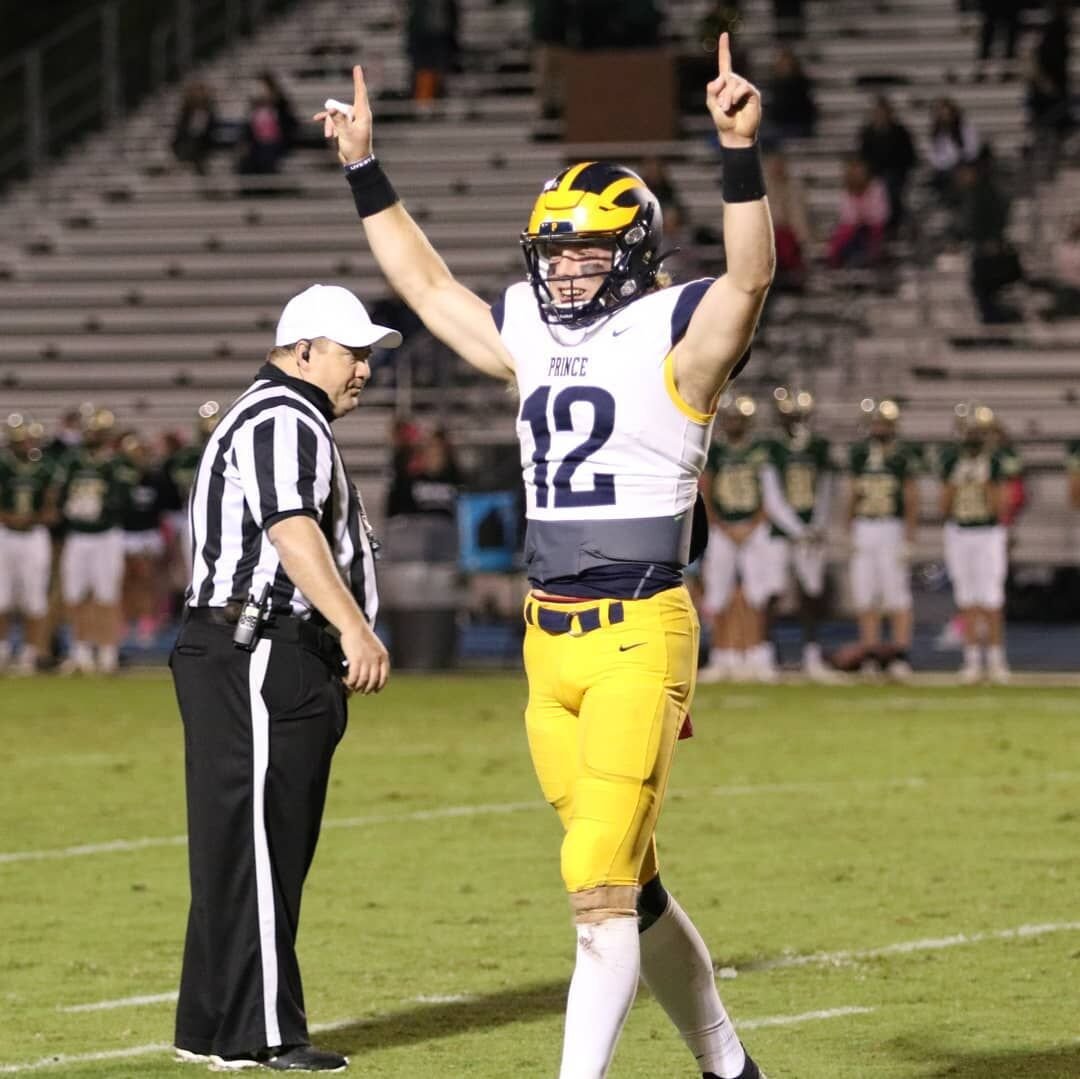 PACS senior Brock Vandagriff celebrates as the clock runs out on the Wolverines' win over Wesleyan on Friday. 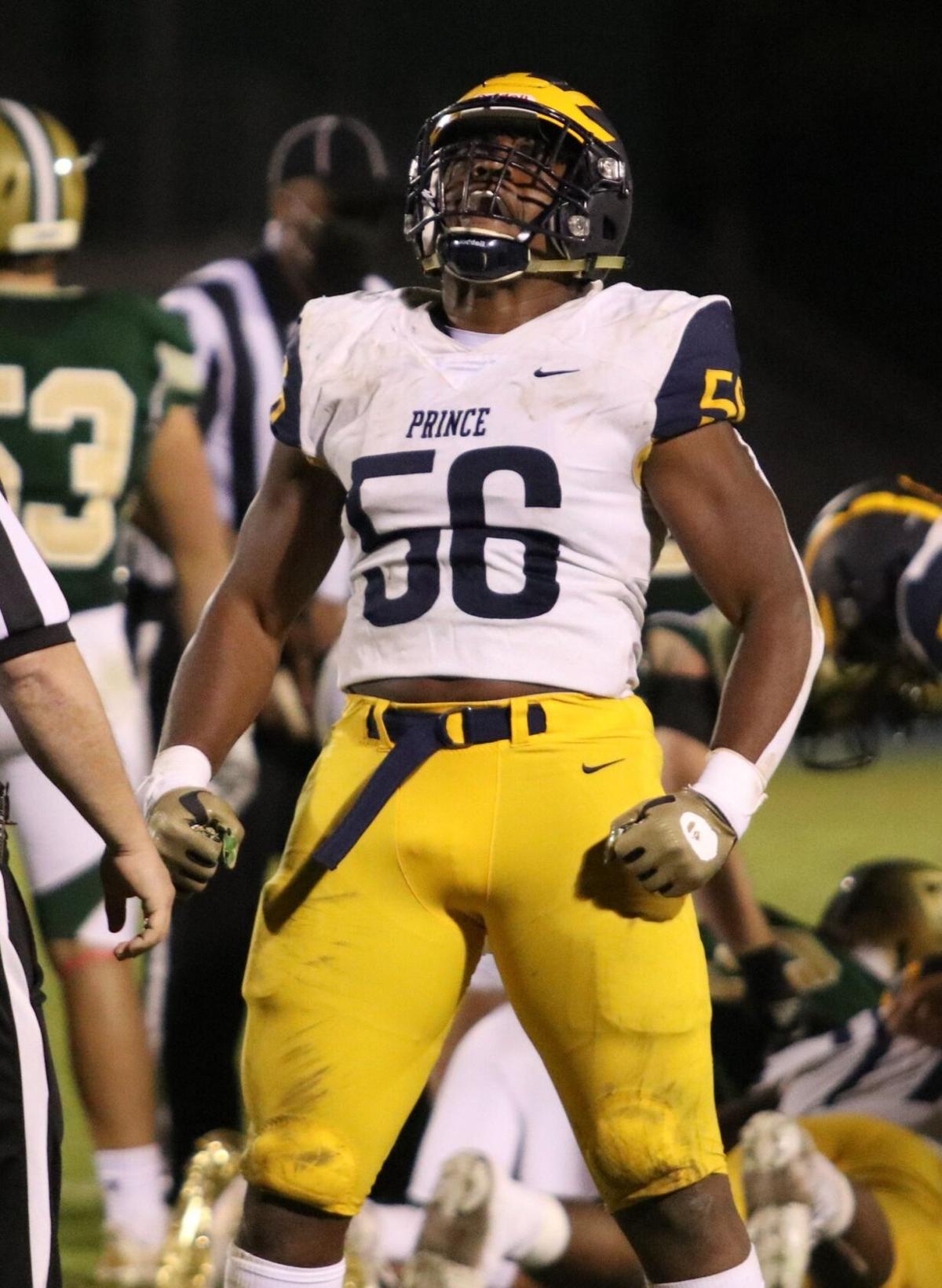 B.J. Green lets out a roar after a hard tackle in the third quarter. 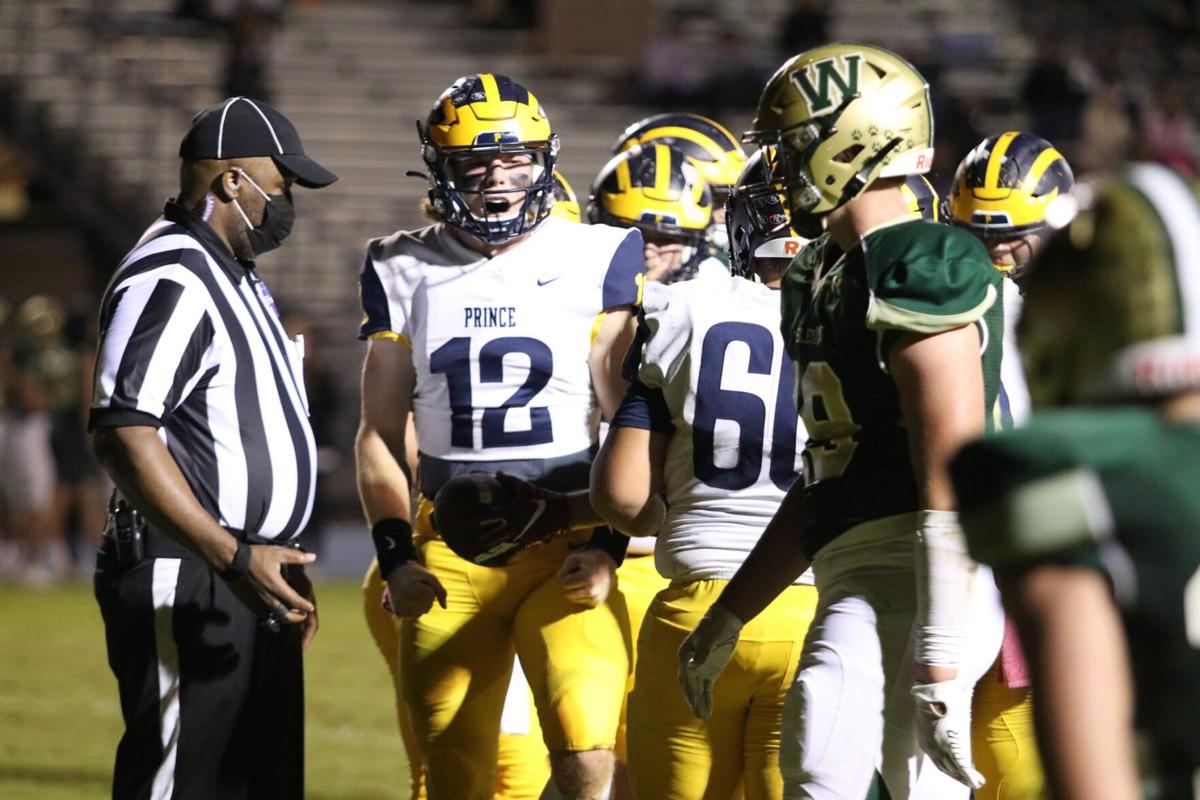 Vandagriff celebrates after one of his three rushing touchdowns on Friday night.

PACS senior Brock Vandagriff celebrates as the clock runs out on the Wolverines' win over Wesleyan on Friday.

B.J. Green lets out a roar after a hard tackle in the third quarter.

Vandagriff celebrates after one of his three rushing touchdowns on Friday night.

Brock suffered a broken fibula early in a Wolverines’ loss last September. He missed the Wolverines’ next five games, though he played much of that contest hobbling on one leg.

He had both legs this time and he made the Wolves pay. In eight carries Brock totaled 21 yards and four rushing touchdowns to help guide the Wolverines to a 52-26 win over the 2019 Class A Private runners-up.

Brock was effective in the passing game as well. He finished the game 20 of 34 for 334 yards passing. Logan Johnson was the Wolverines’ leading receiver with four catches for 134 yards. Landon Owens ran for 72 yards on 11 carries. He also caught three passes for 38 yards. Owens also returned a kickoff back around 90 yards for a touchdown.

After breaking a few tackles near the goal line for his third rushing touchdown of the night Brock let out a loud ‘let’s go’ before whipping his jersey clean.

“I’ve marked this game on my calendar for a whole year now,” Brock said. “It was awful playing with a broken ankle. It got that taste out of my mouth. We’ll probably see them on down the line and they’re a heck of a team.”

The Wolves were ranked as the fourth best team in Class A Private coming into the game. They were ranked ahead of the Wolverines in the preseason rankings and that too was a point of motivation for the Wolverines. In the first five games the Wolverines have beaten three of the top 10 teams in those opening rankings posted by Matt Stewart of Georgia Public Broadcasting. The Wolverines were the sixth team listed in those rankings.

“It means a lot to this football team, we’ve believed in ourselves since day one,” Brock said. “There was some ranking that came out in the preseason. We’ve kept that one on the bulletin board and we’ve crossed off the teams as we go. We’re just proving to everyone what we already believe.”

The Wolverines showed off their evolution in the 13 months since the 2019 meeting with Wesleyan. The Wolverines needed everyone on their roster to pull away in the second half.

PACS’ leading tackler, senior linebacker, Davis Ridings didn’t play on Friday night. His replacement got injured during the game and missed the second half.

The Wolverines’ defense managed to hold the Wolves’ offense to six points in the second half after allowing 20 in the first 24 minutes.

For PACS head coach Greg Vandagriff, it was evidence of growth by his football team.

“We had a lot of adversity in this game,” Greg said. “Davis (Ridings) didn’t play. That’s our mike linebacker, that’s who we feel like is our best defensive player. Our next mike linebacker gets hurt in the game early in the second quarter and doesn’t tell us, so he’s playing hurt. We figure out at halftime. We had to put our third mike linebacker in, who is actually a pretty good player. Our kids are scraping, trying to get better and trying to figure it out. I can’t say enough about our kids and the great job they did.”

The Wolverines have an off week next week. They will then travel to Dacula to face Hebron Christian before hosting the Backyard Brawl with Athens Academy.

The Wolverines’ head coach has hammered the message of one week at a time. The Wolverines have challenged themselves with their schedule. It’s meant that they’ve been forced to deal with the challenge of the week as it comes.

In the long run, Greg feels it could pay off.

“We’ve played five opponents and three of them were in the top 10, it’s a thing where we’ll get a chance to get healthy and right now, we can’t look past anybody,” Greg said. “The biggest thing is that our kids have responded. They’re playing hard. We’ve challenged them. We played a team tonight that has only given up 21 points the whole year. It’s not just Brock, we have a lot of other good players on our team. Our defense is growing up. We’re going to have a chance to be in it at the end.”