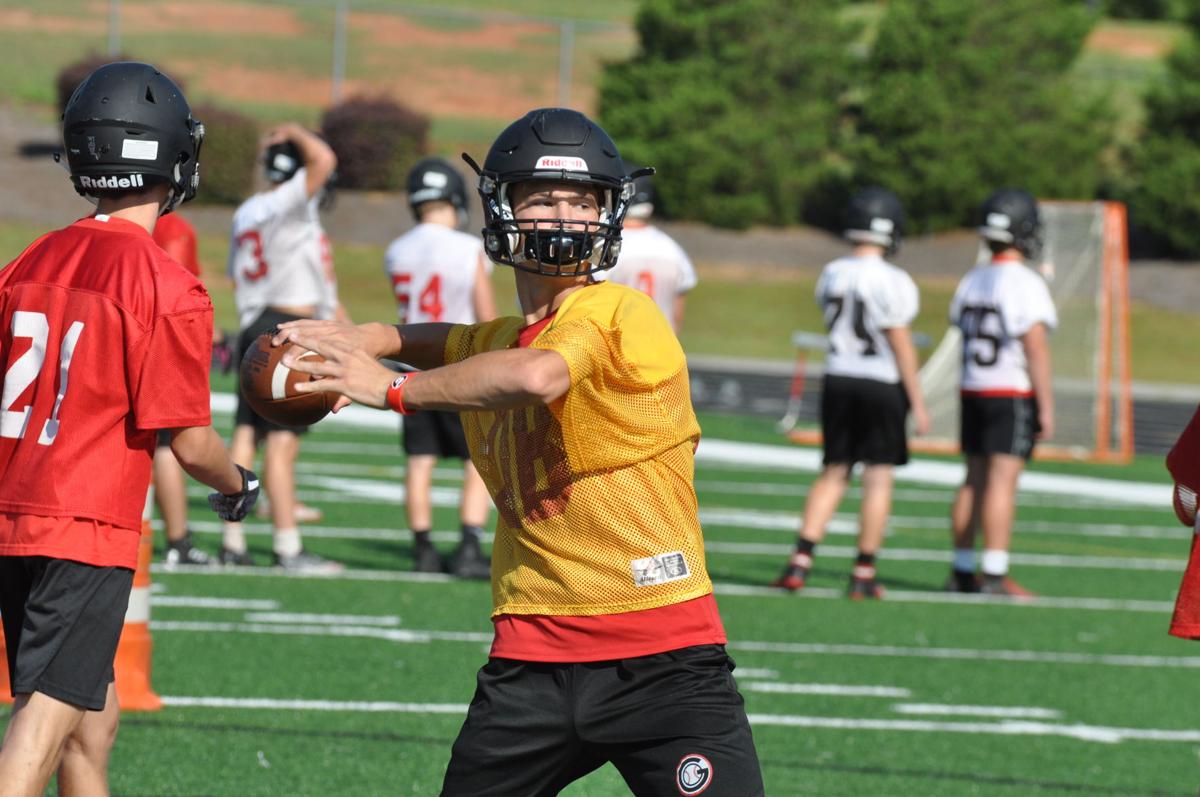 Chandler took over as the starting quarterback for the Titans this fall. 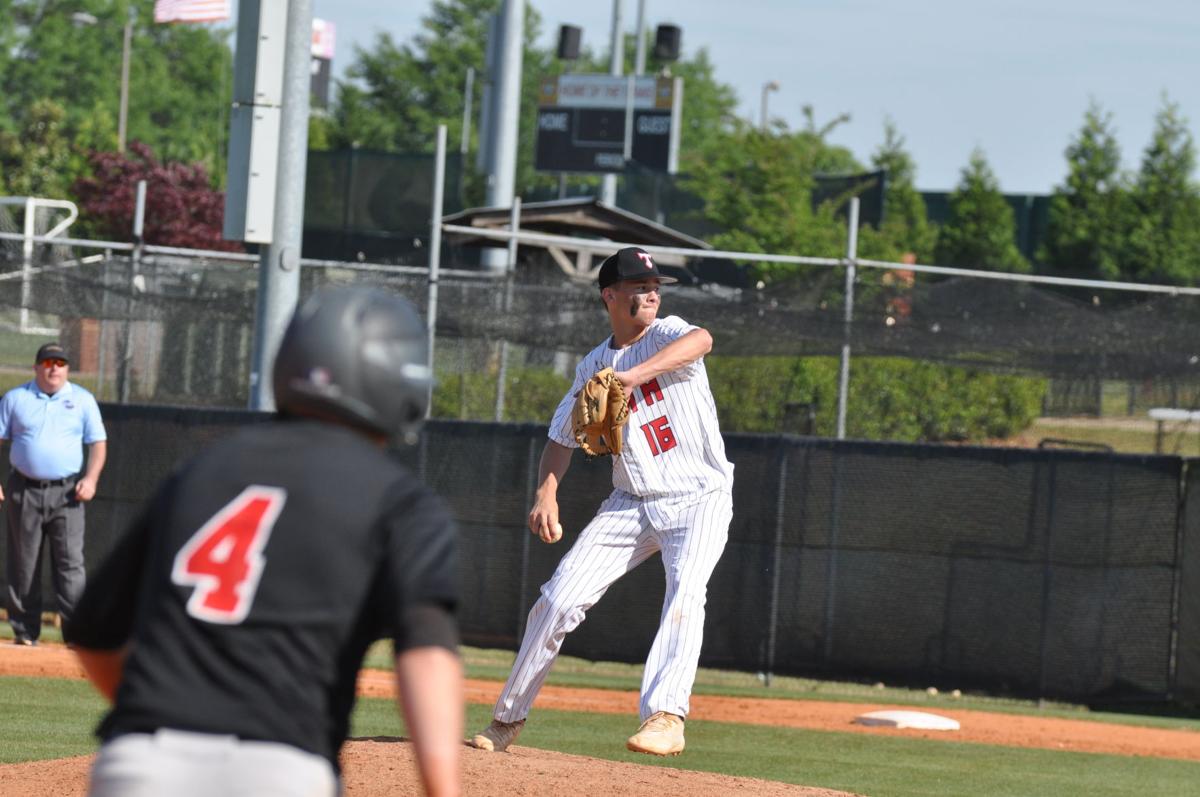 Chandler is committed to the University of Georgia to play baseball.

Chandler took over as the starting quarterback for the Titans this fall.

Chandler is committed to the University of Georgia to play baseball.

“You’re only a kid once,” North Oconee High School junior Bubba Chandler said with grin stretching across his face.

For every ounce of competitiveness and necessary seriousness toward his respective crafts that fills his 6 foot 3 inch tallish frame, there’s another ounce of a screaming, fun loving kid that just picks up a ball at certain times in the year and has fun.

Chandler gets thrills out of the biggest of moments in sports at the positions that tend to carry the most weight.

On the football field, Chandler plays quarterback where the ball and the eyes are on him every single play. In baseball, Chandler pitches and plays shortstop.

Admittedly loud in the dugout and on the sidelines, Chandler just enjoys the eyes, the pressure and the glamour of it all. He’s drawn to it. He wants the ball in his hands.

“Pressure makes diamonds,” Chandler said with a laugh. “That’s something I’ve always had in my mind. I’ve always been the guy that stands out. In our friend group we have, I’m always the loud guy. I like being loud. I like everyone looking at me. I love having the game on the line. I like being the one that’s going to win or lose it.”

Chandler’s stakes in both football and baseball have risen over the last two years. As many of his peers Chandler desired the opportunity to be considered one of the better high school players in the country and earn a ticket to a free education at a premier college program of some sorts.

Chandler has done that. In the summer between his sophomore and junior years at NOHS Chandler announced he was committing to the University of Georgia to play baseball.

Chandler was so sure of his decision that he didn’t even tell his parents until after he had made the decision.

He was and is still sure that he wants to be a Georgia Bulldog. Nothing, outside of a major shakeup will rattle the bolts of Chandler’s commitment to the hometown Bulldogs.

“I love Georgia to death,” Chandler said. “I don’t think I could ever decommit from Georgia to go and go play both sports.”

Prior to committing to UGA Chandler considered not playing football at all in 2019. He had served as a backup quarterback for the 2017 and 2018 seasons and admits he wasn’t having a lot of fun. As late as last February, Chandler had his mind made up.

“I wasn’t going to play football this year,” Chandler said. “I had it in my mind after basketball season that I wasn’t going to play. Something changed. The Lord spoke to me and told me I needed to play, that it would help me. It got me a lot stronger. You’re only a kid once, why not play as many things as you can? Now, I treat every practice like it’s my last and I just try to have fun and never make it a job. Over this past summer I kind of made baseball like a job and I wasn’t enjoying it. I wasn’t playing how I normally play, loose and laid back. It just wasn’t me. I was struggling a lot. During football, I was a back up and at practice I wouldn’t have fun with it. I wasn’t having fun competing.”

The 7-on-7 tournament at UGA over the summer changed that for Chandler. The way the Titans came together during the tournament and the football season that followed sparked an old romance with football for Chandler.

Even with his firm commitment to one of the premier baseball programs in the nation, Chandler’s love for football has begun given him something to things to consider over the his final year at NOHS.

Growing up, Chandler dreamed of playing college football. If the opportunity to play both baseball and football in college should be presented, Chandler believes its something he’d seriously consider.

Plumlee is the Rebels’ quarterback and also plays for the school’s baseball team. Chandler admits he sees similarities in himself and Plumlee.

“I was looking at some of his highlights of him playing football and baseball and I saw things that I can do in him,” Chandler said. “What he does, I can do the same things... I think about it (making a decision) every day. Some days I lean more one way, some days I lean more the other. There’s a lot of thought that has gone into it.”

According to NOHS head football coach Tyler Aurandt there’s interest in Chandler as a quarterback. Coaches call in search of the answer to a question that Chandler is slowly starting to consider more deeply himself.

Will it be baseball or football or baseball and football?

“They’re trying to gauge his interest, because they know he’s super talented in baseball,” Aurandt said. “The big thing now with quarterbacks is that they want to see you throw live. It’s going to come back to him and where he wants to steer the ship. If he wants to go throw at some camps, I think he’s going to have some opportunities to play college football. He’s got arm talent to do it and he’s got athletic ability to do it. There are a lot of teams that are interested, but they want to see him throw live.”

For now, Chandler will hope the rains stop so that baseball Titans can make another run toward the Class 4A semifinals. Chandler plans to play his senior football season and make a final decision on his future following the season.